It was a tough season for Romeo Ferraris in the FIA ETCR eTouring Car World Cup, as outlined by Team Principal, Michela Cerruti.

Michela now gives her race-by-race review of the year. 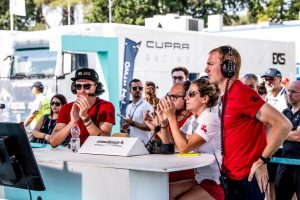 Pau
Confusion, emotions, and walls, walls too close to our car!

Apart from the result, it was one of the best weekends from the audience perspective, it is always nice to be involved in such a popular and historical event. From a result perspective, that was already the moment where we allowed CUPRA to have such a big gap in the standings from the beginning. 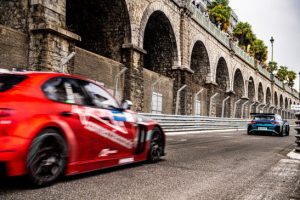 Budapest
One of the few tracks we knew in advance, also thanks to last year’s event. We had very nice battles and the first podium overall with both Maxime and Bruno fighting to be the King of the Weekend and, from a manufacturer point of view, we were close to the top. We could have achieved more, but it was a very positive comeback after Pau’s disaster. 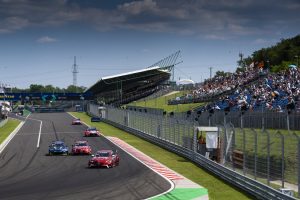 Jarama
The heat and the unknown track didn’t make our life very easy. The weekend didn’t start in the best way, none of the drivers had ever been there and it was a difficult and challenging track to learn in few laps. But the finals results didn’t show the potential we had, which was clear looking at lap times and especially at the performance of Maxime during his DHL Super Final. Despite the superiority shown by CUPRA in their home event, we had reasons to predict a better weekend during the following one, as it was meant to be on a track that 3 out of 4 Romeo Ferrari’s drivers knew from the past.

Zolder
It was our best race weekend, because we achieved the King of the Weekend with Maxime Martin, showing a mega performance through all the weekend. We went through many technical issues which prevented him and Bruno to have proper free practice before qualifying, but that didn’t stop the Belgian from performing a lap that was the closest thing to perfection I’ve seen in all season! The 100 points he gained opened the fight for the championship, which felt quite unreal till that moment. Still, we could have done much more from a manufacturer perspective, as we didn’t gain so many points compared to our potential. 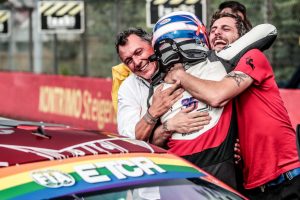 Vallelunga
It was the toughest and most emotional event for us. We had many fans there and many trackside activities to showcase us as an automotive company. Everything was going very well at home, with the possibility to have two drivers on the overall podium. Unfortunately, Bruno’s crash put an end to our road to success, but the most important was to see him out of the car safe. We basically lost the chance to fight for the title with Maxime and to establish our second position in the manufacturer standing, but I have no regret regarding the decision I took in that moment. Safety of the drivers was more important than a position in the standings, definitely. 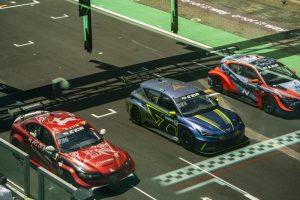 Sachsenring
The worst way to finish the season. We didn’t maximise the speed of the car, we had avoidable contacts which prevented us to be 100% competitive. By the way, we ended up few points behind Hyundai in the standings, which considering the dozens of points left behind through all the season, makes us feel proud of what we built as a team and as a manufacturer. I don’t like to blame luck or fate, but for sure this season was not meant to be ours and again, our guys showed to everyone what resilience and passion look like in this sport. 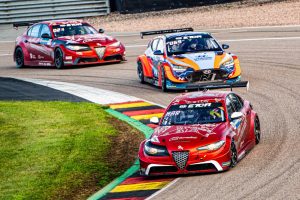