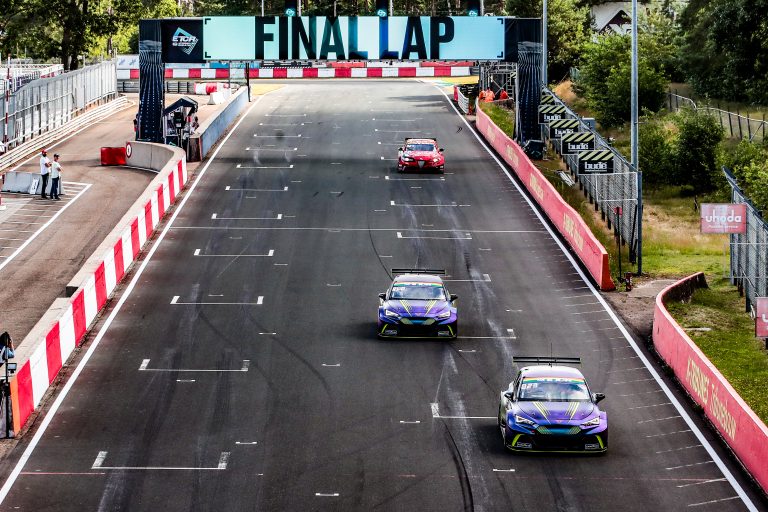 It was back to form for CUPRA EKS with an assured 1-2 in the Pool FAST DHL Super Final for Race BE at Circuit Zolder. Adrien Tambay took the chequered flag in first place, with team-mate Tom Blomqvist alongside for a formation finish.

The two led the field from start to finish after a clean start which saw all 6 cars use Power Up to get off the line. From then on, the CUPRA EKS drivers were in control of the race, with the rest of the field providing non-stop action. Although both Hyundai Motorsport N cars started the race on the back row, they soon were making progress against the Romeo Ferraris of Giovanni Venturini and Bruno Spengler. 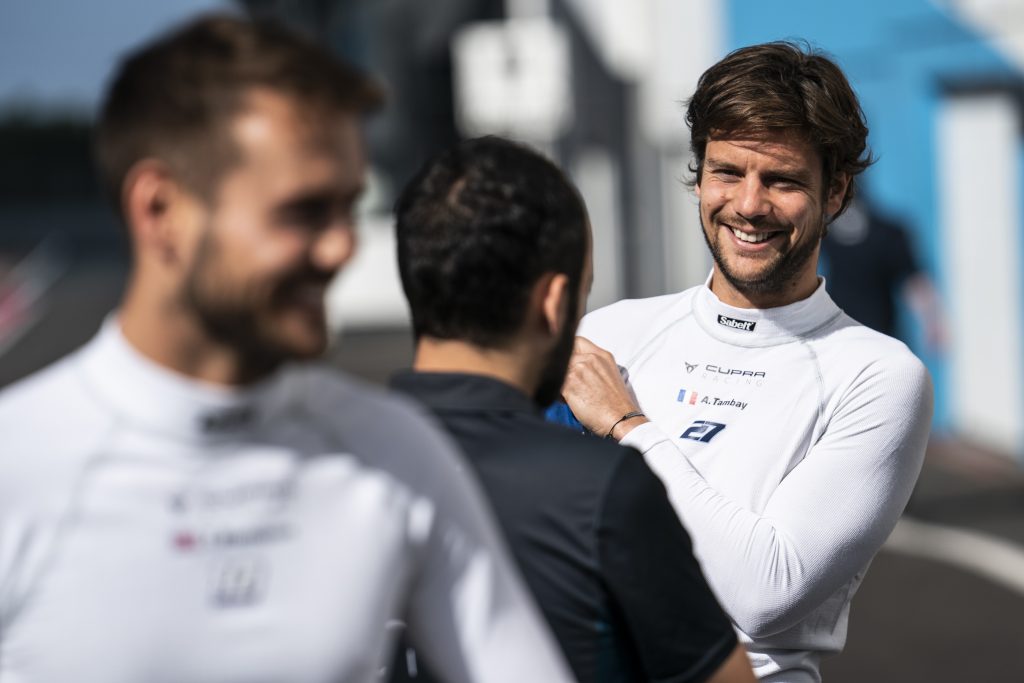 Both Norbert Michelisz and Jean-Karl Vernay attacked straight away, ensuring their Hyundai Motorsport N slotted among the Romeo Ferraris. By lap 3 of the 4-lap race, Michelisz was third and Vernay was fourth. More moves saw Vernay take P3, with Michelisz then under pressure from Spengler until the final lap. Unfortunately a brake problem saw Spengler back off the fight, bringing his car home in last place, with team-mate Venturini ahead in fifth.

Adrien Tambay, CUPRA EKS
Amazing result for the team and amazing to win my fourth super final in a row. We started the weekend a little bit difficult, I wasn’t sure if I liked this track but now I can maybe be a bit happier with it! We have to see for the next Super Final with Mattias, hopefully we can have another very strong team result. We’re having a good season so far, we keep approaching each event race by race and hope to carry on like this and keep an eye on the competition as they can get closer.

Tom Blomqvist, CUPRA EKS
Great race for CUPRA EKS, pretty straight forward that one, Adrien and myself got to the front and the guys behind were fighting so we cleared away and had to do our own race. I may have had slightly more pace but being in front, it wasn’t so easy to attack and happy with the second place. It was a good weekend for us and good for the overall championship for the team.

Jean-Karl Vernay, Hyundai Motorsport N
I tried to be smart to learn what we could improve from the last races. We had a proper plan and we executed it very well. I am a bit frustrated about the weekend because we had high expectations after my pole position in Qualifying but the track was quite dirty, so we couldn’t use it to our advantage.  We learned a lot during the event and we did our maximum, which we can be happy about.

Norbert Michelisz, Hyundai Motorsport N
A good way to finish the weekend. It’s always nice to be strong in the Super Final, it’s always the time when the most exciting racing is happening. I enjoyed it a lot from the inside: the start, positioning myself on the inside, wasn’t easy but I think I took the right decisions in the beginning and I was up to P3 in the second lap, which was a good feeling. In general it was a positive end to the weekend.

Giovanni Venturini, Romeo Ferraris
It’s a shame we could not continue our progression over the weekend. The car was good, and it’s a pity I could not count on points in qualifying. Let’s looking forward to our home race in Vallelunga.

Bruno Spengler, Romeo Ferraris
Very disappointing SF. We had a brake issue in the middle of the race and the final issue forced me to slow. We had a fantastic car, but we could not maximize the potential and points. Let’s keep the momentum for home race in Vallelunga.