Serra: In FIA ETCR anyone can be in front! 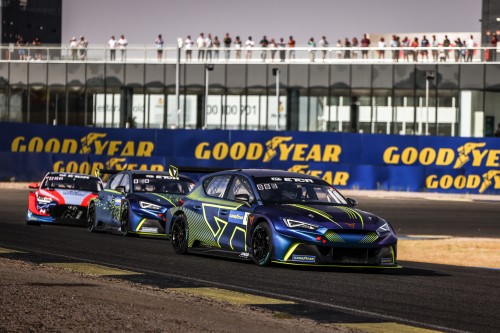 Head of CUPRA Racing Xavi Serra has an interesting problem coming into the final round of the FIA ETCR eTouring Car World Cup; two of his drivers could take the title with just 14 points splitting Adrien Tambay and Mattias Ekström.

The CUPRA EKS squad got off to an incredible start at the beginning of 2022, but their rivals have been able to wage a far stronger battle as the season developed.

On the eve of the season-finale at Sachsenring, Xavi Serra explains the secrets to CUPRA EKS’s successes as well as the challenges they’ve faced in 2022. 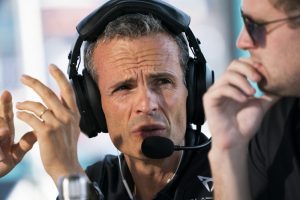 It’s very close between your two drivers at the top of the table – how intense do you you expect the the battle for the title will be?
It will be very, very intense between Adrien – who’s first in the standings – and Matthias who’s trailing Adrien by only 14 points. We mustn’t forget that Mikel and Maxime are chasing us closely so therefore, our first goal will be to secure the title for a CUPRA EKS driver. The competition between Adrien and Mattias has to be fair and we have seen this over the season. They will be free to race but, we will have to really focus that the title stays in CUPRA EKS and we can celebrate back to back driver titles. 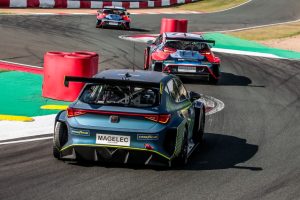 What have been the main challenges for CUPRA this season?
The main challenges for CUPRA in 2022. They were on both sides internal and external challenges. Internally, we had a new driver line-up, or at least two of the drivers were new and we didn’t have time enough to prepare them properly because lack of testing in the preseason. Fortunately, Tom and Adrien are very talented drivers got up to speed very quickly helped by Mattias and Jordi and we very little time to prepare and learn the characteristics they were up to speed from, from the very first moment and take big credit to them.

Secondly, the team was new as well with the operations on the EKS side. This was late decision, so it was a big challenge for the guys for CUPRA to get everything ready. EKS had very little time to prepare all the trucks, tents, people including recruiting every single person on the engineering side. We managed to build up a team late, but then we achieved very good results at the very first races, even though there were plenty of things to improve every time. We got the results that we wanted to get at the beginning of the season, before starting to run smoother towards the end.

On the external sites, our competitors raised the level compared to last year. So it’s true that we had an edge on them at the beginning of the season, but this faded away during the season, and now it’s a very, very tight and close competition, every single battle, any of the three game winning any of the battles. 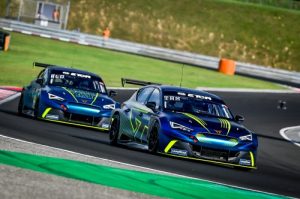 What has been the key to CUPRA’s success in 2022?
The key for CUPRA’s success in 2022 I think it’s down to the team spirit from CUPRA and EKS side and Mattias and myself value this a lot. When we designed the programme, one of our priorities was not only to have talented people behind the wheel and behind the screens or working on the cars, but to have good team spirit. This good ambience leads to more focus and motivation and in the end leads to good results.

And even though we were not the best prepared thing at the beginning of the season, we walked away with the best results because of this. Team Spirit team strength pushed us forward, up a good start in the season very strong until the middle has been the key to have a great momentum. And when now the competition is closer, we maintain this advantage. 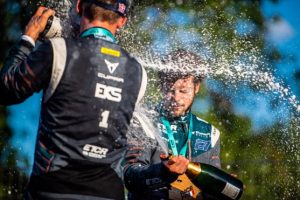 What has surprised you about FIA ETCR in 2022?
Without any doubt what has surprised me the most in FIA ETCR 2022 it’s been the, the level of the teams, the level of the drivers competition level, it has been extremely high. It was a great surprise when the driver line-ups were unveiled to see the bunch of guys that were joining the series with their reputations and what they have done in the past. There are no amateurs but not even average drivers. The level is super high in every single of the battles and every single car. Yeah, it’s been really thrilling still one race to go. With everything is open. Anyone can be in front because their speed is amazing, all across the teams and the cars. 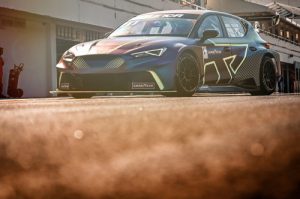 When does the planning start for the 2023 season?
Preparations have already started!