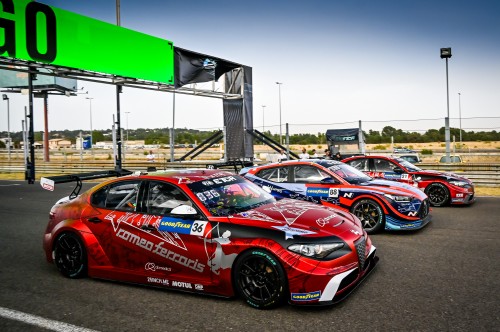 Romeo Ferraris confirmed its second position in the standings of the FIA ETCR championship after the third round of the 2022 season, held at the Spanish circuit of Madrid Jarama-RACE.

Despite not having been able to express its maximum level of competitiveness, the manufacturer based in Opera (Milan) earned another 110 points valid for the Constructors’ ranking, with Maxime Martin second in the DHL Super Final of the FURIOUS pool.

The Belgian collected the most conspicuous tally among the drivers of the electric Giulia ETCR: after having signed the fourth time in the qualifying of his group, he won in the Quarter Final 2 ahead of his teammate Giovanni Venturini, and finished third in the Semi Final 1. 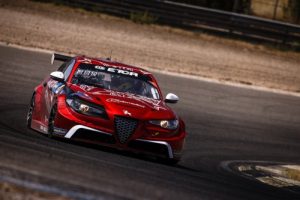 “Good race. Good start. Good fights. Good fun. It’s good to finish on a high, for sure” said Martin. “Like always, I think Matthias was a bit too strong, but I could follow with good pace but it was difficult to pass here, but nevertheless good racing. Happy for the team to finish on the high and at the end, we can look forward for Zolder.”

In the “FAST” pool, on the other hand, Bruno Spengler posted the third qualifying time, and after the third position in the Quarter Final 1 he achieved success in the Semi Final 2. The Canadian then finished fifth in the final heat, when he lost ground at the start due to the aggressive manoeuvre of a rival.

“All and all a bit of a frustrating final; I would have loved to bring more points to the team,” said Spengler. “Unfortunately, I got squeezed at the exit of turn one by Vernay, which cost me one position. I was quicker than him and but unfortunately I finished P5.

“I would have loved to bring more points to the team. In the end was a bit of a frustrating weekend. The team’s still working very hard and very well to give us the best car possible. Day by day we managed to improve the car. Now we just we have a bit more time until the next race which gives us a bit more time to analyse and prepare. Let’s see where we can improve to come closer to our opponents. I’m sure, as always, that the team finds solution and does a great job. We’ll regroup and refocus for the upcoming races.

Venturini, included in the “FURIOUS” pool together with Martin, in addition to the second place in the QF2, has collected personal points with the third position in SF2 and the fifth in the fight of the DHL Super Final. 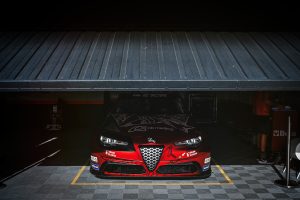 “I’m quite happy about my DHL Super Final because finally I can do battle with the other guys,” said Venturini. “I’m happy for the team for the result of Maxime. So now I’m looking forward to Zolder and we will see what happens there.”

The weekend turned out to be very unfortunate for Luca Filippi, who was unable to reach the chequered flag in the first two races of the “FAST” pool: in the Quarter Final 2 he ran into a spin on the penultimate lap, which generated the detachment of the right rear tire from the rim, while in Semi Final 2 he lost control due to a puncture triggered by the previous contact by an opponent, which caused the rear bumper to misalign and rub against the tyre. Filippi then completed the DHL Super Final trying a different strategy in the management of the Power Up. 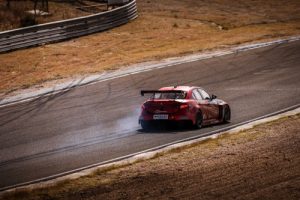 “We tried a strategy in the DHL Super Final by using no Power Up in the opening lap and trying to use it afterwards, but really it wasn’t the right strategy for this race,” said Filippi. Overtaking was really difficult. So, unfortunately, I ended up where I started, which is P6, which was not what we wanted. Definitely, we have to work hard and understand what didn’t go totally right this weekend for all of us. But, definitely, we will come back stronger for Zolder.”

Romeo Ferraris has now with 382 points in the ranking, while in the Drivers’ classification, Martin has risen fourth to 200 points, preceding Spengler at 182. Venturini is ninth at 115 and Filippi twelfth at 58. After the two consecutive rounds of Budapest and Jarama, the FIA ETCR will face the next stage on the Zolder track from 8 to 10 July.

“We had a more uphill weekend in Jarama than in Budapest, failing to fully express our speed potential, but it was important to collect as much as possible and maintain second place in the Constructors’ standings,” said Romeo Ferraris Team Principal, Michela Cerruti.

“Among our drivers, it was Maxime to get the most points, winning a heat and finishing second in the DHL Super Final, and also Bruno got the satisfaction of a success, in the Semi Final 2 of his group. Giovanni is making good progress at the wheel of the Giulia ETCR while, once again, Luca was very unlucky. In the meantime we will work to further optimize the technical package, continuing the hunt for our first overall victory of the year, hoping to be able to get even closer to this result already in Zolder.”