Romeo Ferraris brimmed with determination ahead of Budapest 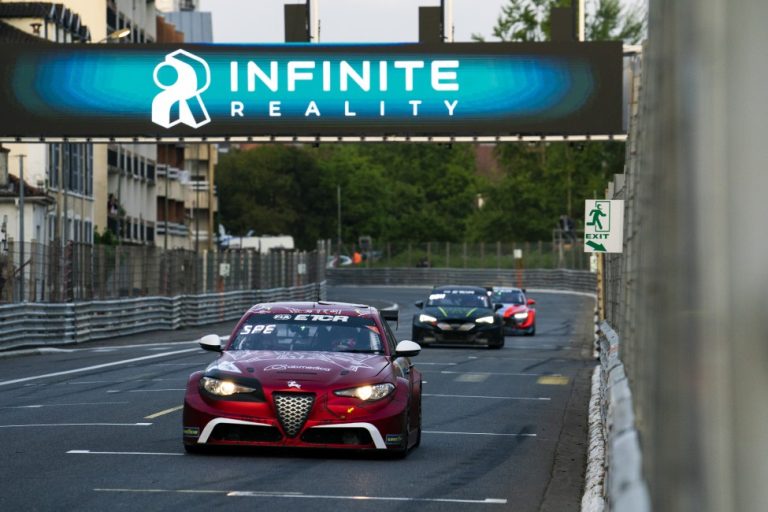 Romeo Ferraris is ready to face the next round of the FIA ETCR eTouring Car Word Cup in Budapest this weekend brimming with determination from its second-placed position in the standings following an eventful season-opening Infinite Reality Race FR in Pau last month.

The Romeo Ferraris drivers, Luca Filippi, Maxime Martin, Bruno Spengler and Giovanni Venturini, helped the team to reach a total of 117 points in the inaugural round at Pau, thanks in particular to the successes of Canadian Spengler and the Belgian Martin in their respective Quarter Finals 2, and to the one of Italian Venturini in the Semi Final 2 of Pool FURIOUS.

However, the Italian team was unable to fully capitalize on the potential of its Giulia ETCR last time out with Filippi ending his DHL Super Final in the wall thanks to contact with Hyundai Motorsport N’s Jean-Karl Vernay, with the car damaged sufficiently to deny Venturini the chance to take to his Super Final.

The Opera-based squad faced a subsequent race against time to be ready for the next round, Race TU in Istanbul, before that event was subsequently postponed, making Budapest the next one up.

“We are ready to return to action in the FIA ETCR after a longer than expected wait, given the postponement of the trip to Istanbul,” explained Romeo Ferraris Team Principal, Michela Cerruti.

“The extent of the damage suffered by the Giulia ETCR shared by Luca and Giovanni had initially questioned our presence in Turkey, but the mechanics were formidable in rebuilding the car in a few days: the Istanbul race was postponed, but we would still have been able to run it regularly.

“For this I must heartily congratulate all our staff. The extended break allowed us to have more time to prepare and optimize the car. Now we want to collect results that live up to our expectations, obviously with the hope that the opponents will maintain higher driving standards.” 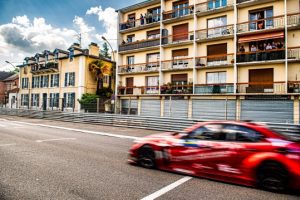 The man behind the wheel in the incident, Luca Filippi, was particularly thankful of the efforts.

“I have to thank everybody in Romeo Ferraris, especially all the guys and the mechanics that they travelled over the night from Pau and did an amazing work to get the car ready in time for Istanbul, Even though the race was postponed, they did an amazing job to against the time to repair the car as soon as possible,” he said.

“We expect high performance from Budapest and we’re ready to go!” 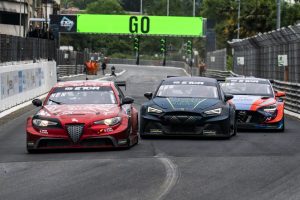 Venturini meanwhile is hoping for a full weekend of sessions in the car to make amends for the missed track time last time out.

“For sure the team arrive in Budapest with more knowledge of the track than we had of Pau as they raced here last year,” he said. “ I hope it will be a weekend without any crashes, especially for the guys who have to repair the cars!”

Entering Budapest, Bruno Spengler is the highest-placed Romeo Ferraris driver in the squad and he has a good history in Hungary. 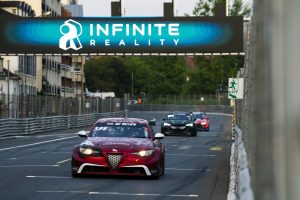 “I’m really looking forward to go to Budapest as it’s definitely one of the best tracks,” he said.

“It’s a very technical track, very challenging and very difficult to get the lap together.

“I think with our cars, it’s a big challenge to go there. And it’s I think also provides good overtaking opportunities with our cars with power-up.

“I know the track from the past I’ve been there in in DTM a couple of times also been on the podium there. I’m also always keen to see the Hungarian fans who are always very happy to see racing so I can’t wait.”

Finally, Martin is looking forward to the change from street to permanent circuit. 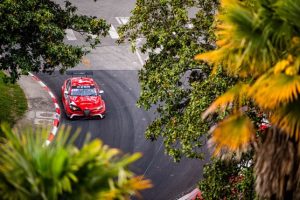 “I’m definitely looking forward for the second race weekend,” he said. “It’s going to be quite different to Pau, which was a street course I didn’t know and it’s quite different from what we are going to expect in Budapest.