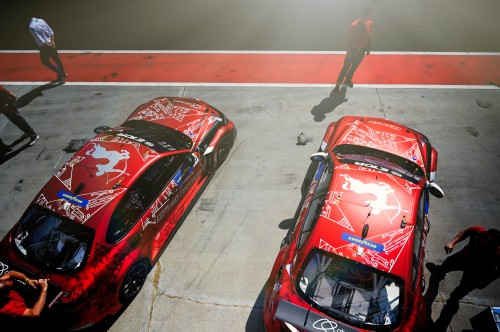 For Romeo Ferraris, it’s the eve of the most awaited round in the 2022 season of the FIA ETCR eTouring Car World Cup with Race IT at home in Vallelunga.

The track on the outskirts of Rome hosts the fifth round on the calendar, from 22 to 24 July, and the manufacturer based in Opera, Milan is on a wave of enthusiasm for the overall victory conquered by Maxime Martin in the previous Zolder round. 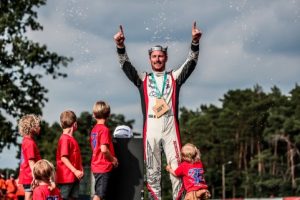 The recognition of “King of the Weekend” achieved by the Belgian in the last race testifies to the constant growth of the Giulia ETCR project, with the Romeo Ferraris consolidating its second place in the constructors’ ranking.

“The King of the Weekend of Maxim was for sure a good achievement for us something that we were looking for since the beginning of the season,” said Team Principal, Michela Cerruti. 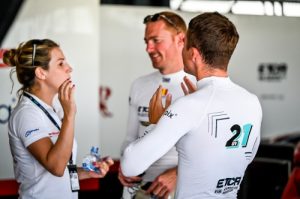 “We knew it was possible. but there were many, many things happening and a bit of bad luck during the previous weekends. And we were, let’s say close in some other occasions, but we couldn’t achieve it. So, for sure, a good result for us. And to be honest, is normally I wanted to have more. But next step, it will be for sure to have the manufacturers title as well.”

The challenge on the Piero Taruffi Circuit constitutes a further opportunity to continue on the path taken, and will have a strong symbolic value: it was here, in March 2021, that the Romeo Ferraris carried out the first tests with its fully electric Touring car, before the inaugural kick-off of championship later in June. The series was then known as PURE ETCR before receiving FIA status in 2022. Almost a year and a half later, progress is tangible in every respect.

The Italian stage will also be the home one for Luca Filippi and Giovanni Venturini, two of the four drivers who make up the Romeo Ferraris line-up, and both are looking for a linear weekend that allows them to express all their potential, already seen in single heats.

“So finally we have our home race coming, so I have to collect more points for all the team!” said Venturini. “Obviously our goal in our own race is being the winning constructor and obviously, the King of the Weekend! So let’s, let’s keep pushing for the race and let’s see what happens!” 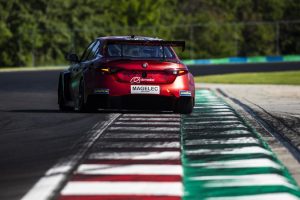 Filippi is equally expectant of the opportunities at home.

“Finally, we go to Vallelunga, where it all started when we tested for the first time, the Giulia ETCR and also where I had my first try of the ETCR car too,” he said. 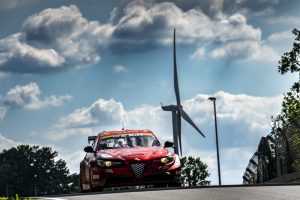 “I’ll be be looking forward to go back there and see how much we have progressed over the course of a full year; let’s see how much of a performance we have gained ourselves as a team, but also everybody in terms of the all manufacturers. I think we have a very strong package and I can’t wait race in my home country.”

Like their two Italian colleagues, both Martin and Bruno Spengler will also be hunting for another prestigious result for Romeo Ferraris.

“Vallelunga is a home race for the team so I’m looking forward to going there. I think we can take the momentum from the pace we had in Zolder, which was very, very positive and very good. So that’s a very positive thing to go to Vallelunga with this speed and this momentum,” said Spengler. “It’s a very different track and it’s going to be much hotter there. 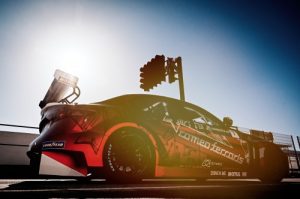 “So I expect maybe some new problems showing up are some new, new things we have to adapt to. But I look forward to when you don’t get to the home race and try to give Romeo Ferraris the maximum points at a home race.”

Man of the moment in Zolder, Maxime Martin is hopeful for the team’s homecoming too.

“I’m definitely looking forward to Vallelunga after winning my home race,” he said. “Now’s it’s the team’s home race, so for sure we need to keep going like this and try to do the same in Vallelunga!” 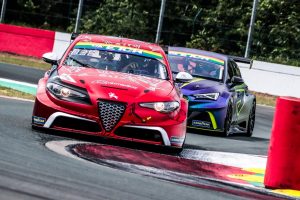 The weekend will be made even more intense and exciting by a range of side events that will involve the entire Romeo Ferraris company. Hot lap sessions will take place with a 240-horsepower 485 CSR model by Caterham, a brand of which the group is the official importer and dealer for Italy, and with the Toyota Yaris GR, for which Romeo Ferraris has created a catalogue of dedicated elaborations.

A tailor-made partnership has also been established with Tenuta Montemagno, a reference in the wine sector that will sponsor the apéritif set up on the afternoon of Friday 22 at the team’s hospitality together with Delitaly, a catering service specialized in motorsport with proven experience and quality.

Through the bond with Romeo Ferraris, Tenuta Montemagno will be the official champagne supplier in Vallelunga for the podium celebrations of the FIA ETCR and the FIA WTCR, the two series organized by Discovery Sport Events.

Also on Friday, the Romeo Ferraris quartet of drivers will welcome children from local summer camps, who will be able to experience the emotions of a motor racing competition from a close distance and discover, with truly exceptional guides, the activities and work of the team.

Although there is a lot going on off-track, it’s on track where the focus remains.

“In Vallelunga, for sure, we want to make a step forward, which means to have the manufacturers’ crown as well as King of the Weekend,” said Cerruti. “So far only CUPRA has achieved this result. So we think it’s also the time that someone else stole it from them!” 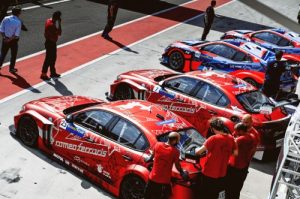