Pool FURIOUS Qualifying – Ekström edges in and out 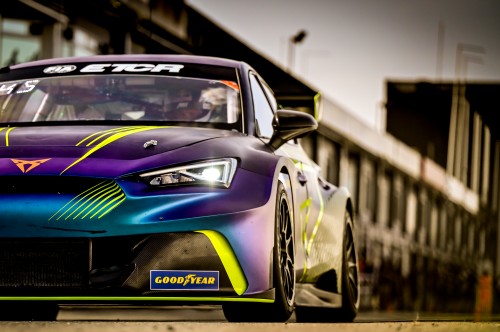 CUPRA EKS driver Mattias Ekström proved fastest in the Pool FURIOUS quaifying sessions at the Circuito de Madrid Jarama-RACE with the Swede setting a time in Q1 which was unbeaten by any of the Q2 runs, with Ekström himself opting to save his tyres in the searing heat.

Ekström set a 1m 37.264s lap which was over a tenth slower than his CUPRA EKS team-mate Jordi Gené, running in the FAST pool. Second quickest in FURIOUS was fella CUPRA chap, Tom Blomqvist with a 1m 37.689s.

Hyundai Motorsport N’s Mikel Azcona set the third fastest time from the combined sessions, with a 1m 37.708s. Romeo Ferraris were fourth fastest with Maxime Martin, Nicky Catsburg had an impressive qualifying debut with the fifth fastest time whilst Giovanni Venturini (Romeo Ferraris) only set a Q1 time and was the slowest FURIOUS driver. 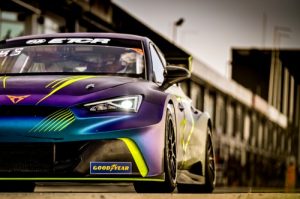 It’s a great result again for the team. I did a very good lap in the first qualifying session so I didn’t have to risk that much on the second one and I could save my tyres. It’s a solid beginning to the weekend, so we are ready are looking forward to some battles and to see how the other teams are on track competing door to door. For now our eRacer is perfect for Jarama and for these conditions; the car is behaving beautifully 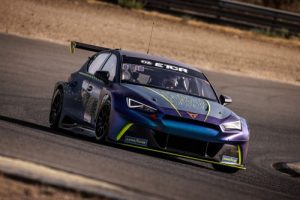 It’s a great result, especially for the team, obviously because this makes it stronger with the both drivers on the top in both Pools, so it’s very good. Lots of heat on track. Very tricky and demanding track but it’s agood result for the team so we’re pushing forward in the afternoon.

Qualifying was very good, very positive. I went step-by-step, in Q1 I made a few mistakes and didn’t put a whole lap together. We made a small change for Q2, and I tried to improve and avoid the same mistakes, which I did and improved my lap time by two-tenths. In the end I was P3 for the first Quarter Final. We were very close to P2 and Blomqvist, but it is what it is. The lap was very on the limit, I was sliding in the high speed corners. I wanted to push the car more and to try to find more time, and in the end my time was not so bad.

Not the best qualifying for sure and in the end it looks like there’s quite a gap in especially in qualy with ali with the others but let’s see the races.

I’m pretty pleased with Qualifying. My first qualifying session in ETCR was for sure not easy but I felt quite comfortable. It’s all about how much do you push; it’s super interesting and I really like it, it’s really challenging. I need to go a bit faster: hopefully with some more experience now – I will do more laps with the 300kW and get to know the car even more –maybe the next event can be even better. In general, it wasn’t bad. I enjoyed it.

In the end we found the performance so that’s the most important thing, but as someone said every time we lose and we win together so we will fight to recover in the in the Quarter Fiinals, Semi Finals and Super Finals. So let’s let’s see.