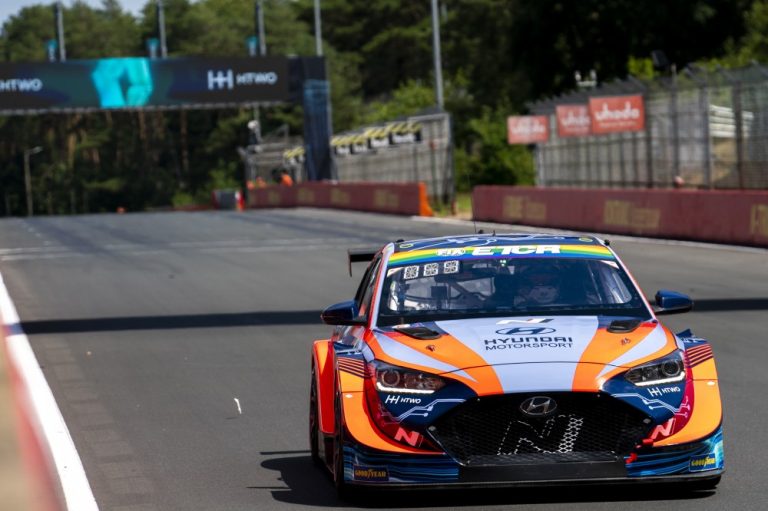 Hyundai Motorsport N driver Jean Karl Vernay got his day off to a great start at Circuit Zolder for the fourth round of the FIA ETCR eTouring Car World Cup, by taking pole in the Pool FAST qualifying sessions. 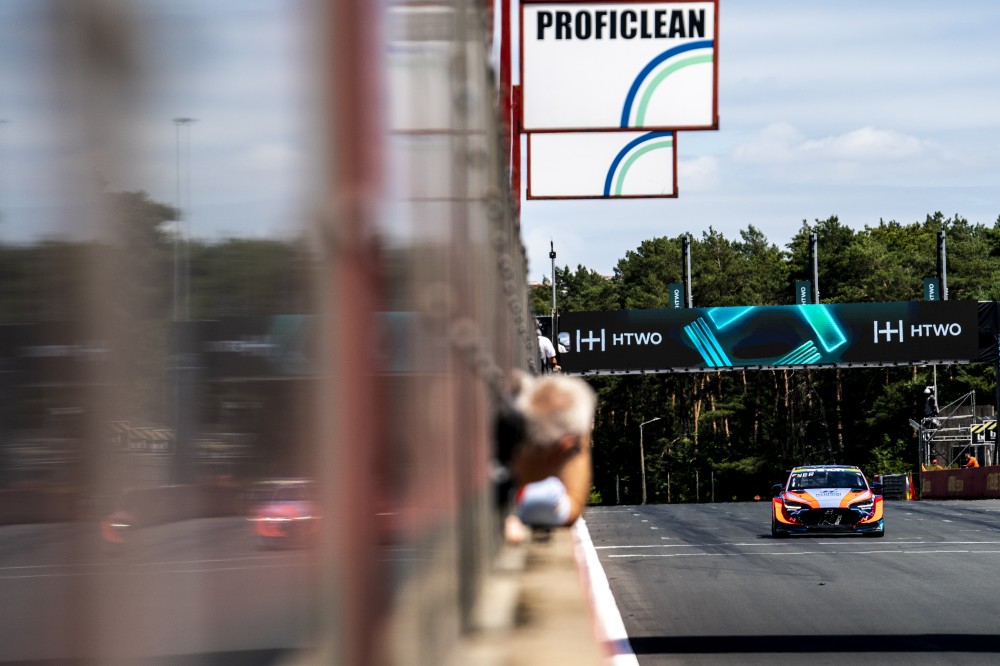 Vernay topped Qualifying 1 with a 1:36.428 lap which did not get bettered in Pool FAST’s second attempt despite CUPRA EKS driver Tom Blomqvist’s strong efforts. Blomqvist takes the second spot thanks to a 1:36.754 time, with team-mate Adrien Tambay securing the third fastest combined time in 1:36.987. 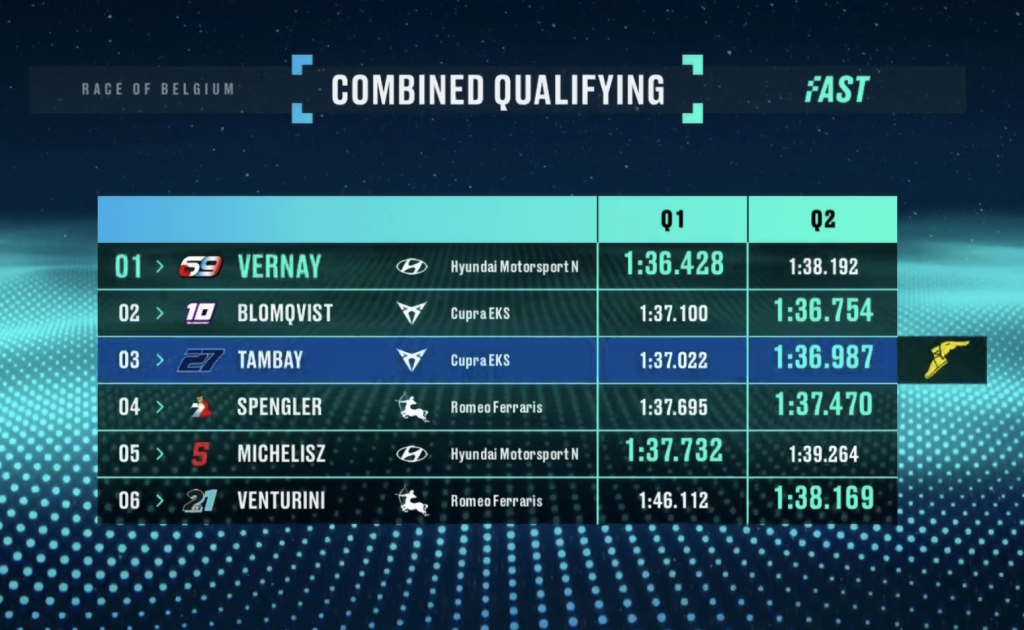 Jean Karl Vernay, Hyundai Motorsport N
A good lap in Qualifying! I woke up early, did some good training with my physio and just tried to work even harder to make sure I had prepared everything on my side. This weekend we got some good learnings in Free Practice to be ready for Qualifying. I had a very good lap in the first session and the second session would also have been even better but I think someone might have been losing oil because Tambay and I were sliding around at times so I couldn’t improve, but we are on pole and that is the main thing.

Tom Blomqvist, CUPRA EKS
Good qualifying I think but obviously the Hyundai Motorsport N is really fast so we’ve got our work cut out for us. It’s good to be P2 and P3 for the first race, and hopefully we can work together to put some pressure on them. It’s going to be a tough weekend I think, there should be some close battles and it should be good!

Adrien Tambay, CUPRA EKS
It’s damage-limitation qualifying for me as the second attempt wasn’t possible for me to improve as there was oil on track. Not the best day, but not the worst day either as I’m still in the first Quarter final and the aim is to finish right in front there. The Hyundai Motorsport N is very quick so far so it’s going to be a tough weekend but we’re ready to fight. 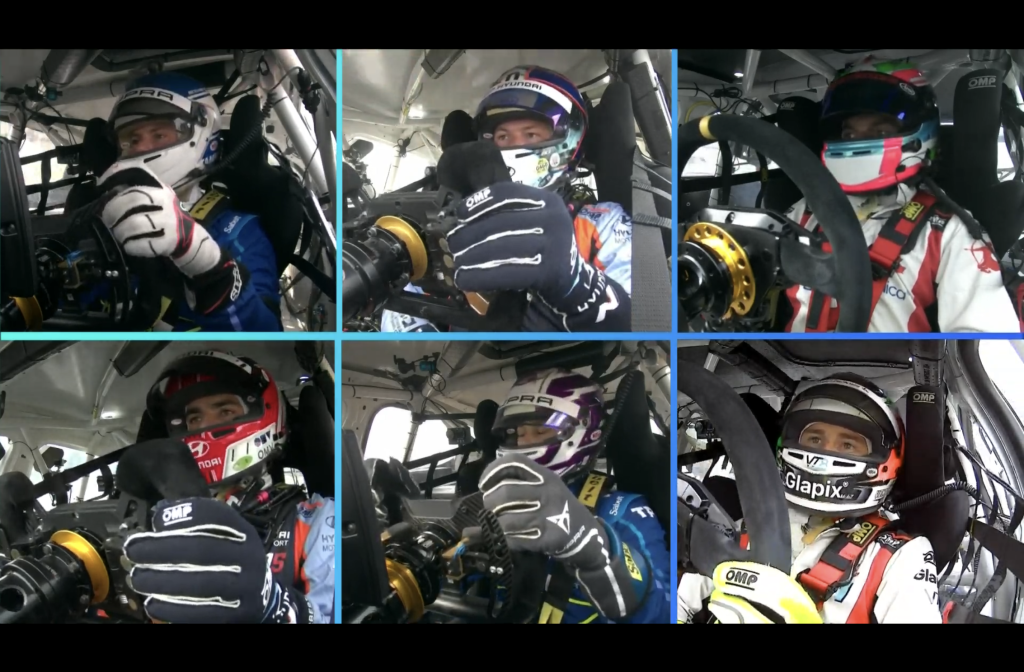 Bruno Spengler, Romeo Ferraris
That was a good improvement from yesterday with no Km with 500Kw, so Q1 was more like a FP for me and I improved on Q2. There was some liquid in S3 so in the end we manage a good Starting position.

Norbert Michelisz, Hyundai Motorsport N
It was a bit upside down to be honest. I was confident before the session started and then it fell apart a bit because in the first run the feeling wasn’t so bad, still my lap time wasn’t there and in the second run I tried to push a bit more but there were some small mistakes, probably overdriving a bit. Still I did not have the pace today, I do not know the reason for that but happy for the team. JK did a very good job so a good team result, but I have room to improve. The format means there is still all the possibilities ahead but I expected more from Qualifying.

Giovanni Venturini, Romeo Ferraris
Not the start of the day we were expecting. This makes the race weekend a bit more complicated, but let’s hope to have some good chance to fight in the races.