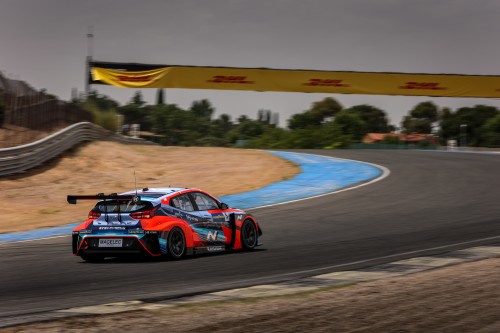 The demonstration on Saturday afternoon will bring together the Hyundai Veloster N ETCR and Hyundai i20 N Rally1 – Hyundai Motorsport ’s current FIA ETCR and WRC challengers – for the first time, with Belgian driver Neuville and 2019 WTCR winner Michelisz making their debuts in each other’s cars.

Hyundai Motorsport has fully embraced the challenges of full electric and hybrid racing. The team was one of the first to commit to ETCR and is one of three manufacturers in the first season of the Rally1 era of WRC.

Despite both employing electric technology the two cars are very different. The fully electric powered, rear wheel drive Hyundai Veloster N ETCR Hyundai Motorsport’s first fully electric race car has a peak power output of 500kw (equivalent to 670hp), compared to the 100kw (134hp) boost from the electric motor of the hybrid Rally 1 car on top of a 380hp internal combustion engine sending power to all four wheels. The hybrid system also gives the car a maximum range of 20km in full electric mode, which is used in the Service Park and designated road sections as well as providing a performance boost on the stages. 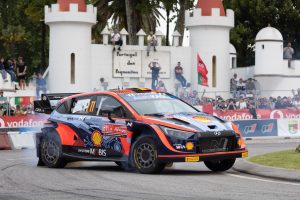 FIA ETCR’s visit to Belgium for its fourth round of the season, is the first by an FIA all electric race series to the country as the ETCR category continues to grow after its first competitive season in 2021. For Belgian fans the visit of Neuville and the Rally1 car provides a teaser for the WRC’s date at Ypres Rally in August when Neuville and co-driver Martijn Wydaeghe will aim to defend the home round win they accomplished in 2021.

Xavier Gavory, FIA ETCR Series Director:
“Electric and Hybrid combined represented 35.1% of car sales in Europe in 2021 and both technologies are playing a role towards more sustainable motorsport. This initiative by Hyundai Motorsport to showcase these two technologies in their extreme motorsport form at the fourth round of our series is very exciting, especially with the added dimension of seeing the two drivers swap cars in the very public arena of our race weekend.“

Hyundai Motorsport Deputy Team Principal Julien Moncet:
“Electric power in racing is a new, but crucial pillar to our work at Hyundai Motorsport, so to demonstrate both the Hyundai i20 N Rally1 and Hyundai Veloster N ETCR together is a great opportunity. Though both have at least elements of electric power at their centre the two cars are very different designs not only because they face vastly different challenges in competition, but the way the electric technology is used in them is applied in different ways hybrid in the Rally1 while the ETCR car is powered solely by electricity. It will be very interesting to hear Thierry and Norbi’s comments on each other’s cars. Having the two electric powered designs produced by Hyundai Motorsport together also shows the range of expertise we are developing through our projects knowledge that gets shared with the wider R&D network to help develop the next generation of electric road cars for Hyundai.” 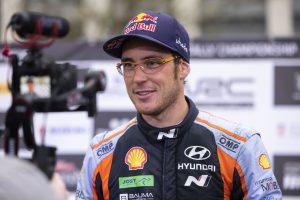 Thierry Neuville:
“The car swap in Zolder should be a lot of fun for me and Norbi as drivers but also for the spectators at the FIA ETCR weekend. Driving cars from other series and disciplines in racing is always interesting, and you can always learn a lot from the drivers. The Hyundai Veloster N E TCR should be very interesting. With 500kw five times more than the hybrid in my Rally1 car it’s very powerful, but it’s also much heavier, so I can’t wait to find out how it accelerates and handles around the circuit. Of course it will also be fun to get Norbi into the Rally1 car just like for me, for him it’s going to jumping into something completely different. It will nice to bring somebody new into ‘my office’ and see his reaction to the latest breed of WRC cars while we put on a show for the Belgian fans.” 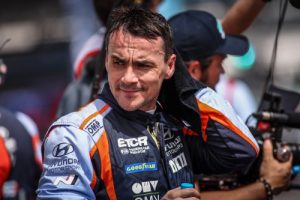 Norbert Michelisz:
“It’s going to be a very interesting experience to drive the Hyundai i20 N Rally1. The WRC cars always look spectacular, and the new cars for 2022 are no exception. Hopefully, Thierry can give me some tips to get the best from the car and we can both have some fun and put on a show for everyone. Driving in FIA ETCR this year is my first season racing with electric power, so the car swap will be my first time with a hybrid motorsport car. It’s going to be really interesting to see how it feels with the extra boost especially with a hybrid system on the horizon for TCR cars in the near future. Maybe I sneak some extra testing in, to get a head start! Thierry is a great driver he’s a star in WRC, but he’s also won in TCR before so I’m sure he’ll feel at home in the Hyundai Veloster N ETCR straight away. I can’t wait to see what he thinks of the car.”