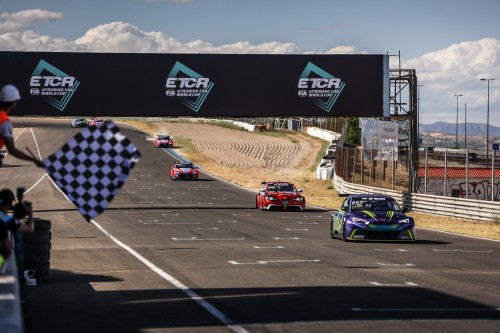 Mattias Ekström proved exemplary for CUPRA EKS to win his Pool FURIOUS DHL Super Final and be crowned King of the Weekend ahead of team-mates Adrien Tambay and Jordi Gené in the weekend standings after a Super Final where he faced the attentions of Hyundai Motorsport’s Mikel Azcona in the early stages of battle. 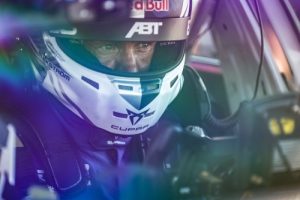 Ekström kept it planted on the Power Up just sufficiently to deny Azcona a challenge at the start, seizing the inside line to give the Hyundai Motorsport driver a harder task around the outside with the pair making light contact as they headed down to T2, still alongside each other, with Ekström prevailing for the entry to T3.

Maxime Martin kept watch on the dicing duo and was able to take Azcona around the outside into T3 with the Romeo Ferraris, meaning Azcona had gone from a potential P1 to a definite P3 in just a couple of corners. Further back in this first lap, Tom Blomqvist was trying hard to get his CUPRA ahead of Nicky Catsburg’s Hyundai Motorsport car, whilst Giovanni Venturini seemed initially to adopt his Romeo Ferraris team-mates’ strategy of waiting to use the Power Up till late in the battle; until opportunity soon presented itself. 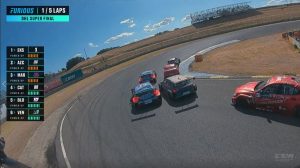 Blomqvist made it past Catsburg with a slight tap in the process, but Catsburg wouldn’t let it lie, returning a tap in T9 later in the opening lap to regain the position. It also allowed Venturini to take advantage and gain the place at the same corner.

In the lead, Ekström was aware of the advances of Martin, but at the start of the second lap the Romeo Ferraris making a place was Venturini, taking Catsburg down Jarama’s long straight. Catsburg was soon all over the back of Venturini and past at T9, with Blomqvist overtaking the Italian on to the start finish straight to finish the lap. 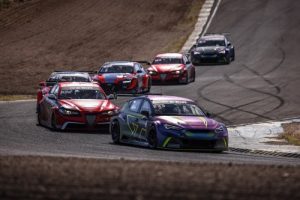 For lap three it was three by three with the lead pack of Ekström-Martin-Azcona then a second’s gap to Catsburg-Blomqvist-Venturini. Blomqvist soon had ideas above his then station in P5, aiming for around the outside of Catsburg at T1, but his efforts gave Venturini a glimpse of the possible and the Italian was right with him and past into T2. Catsburg profited from this dice and was able to make a small gap as Venturini defended and Blomqvist attacked.

The penultimate lap saw Azcona display the arguably greatest feistiness as he hassled and harassed Martin, but Blomqvist maintained his efforts against Venturini too so the final lap saw Ekström kept honest but not under attack from Martin, who had managed to shake Azcona. Ekström took the flag with a half second gap to Martin, whilst the Hyundai Motorsport drivers passed through in spaced out fashion, Azcona-Catsburg, before a very determined Blomqvist hounded Venturini across the line.

King of the Weekend Jarama points 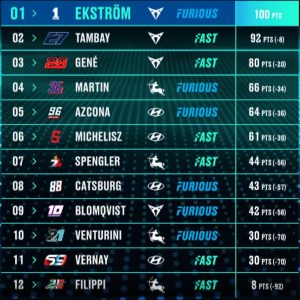 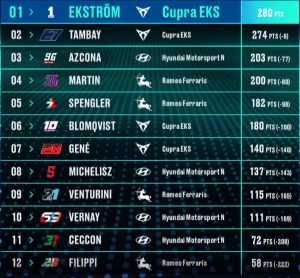