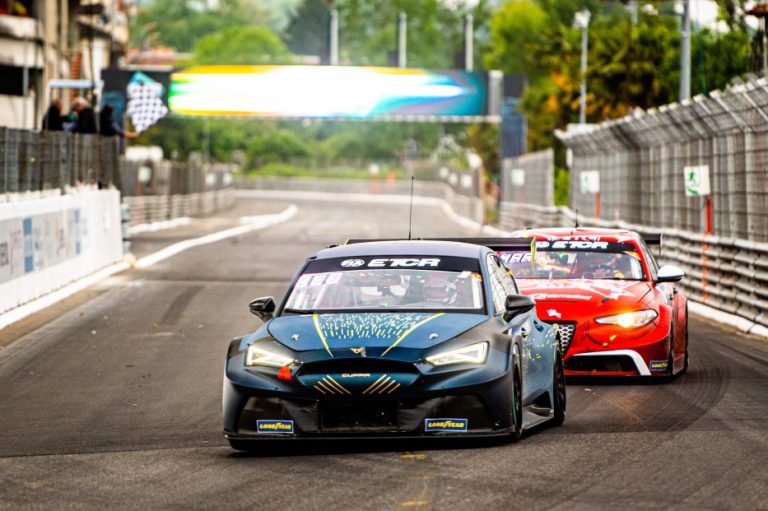 A very busy man in 2022, with a far-reaching race programme Tom Blomqvist is a man of many hats for both race teams and nationalities.

Son of World Rally Championship legend, Stig Blomqvist, Tom is truly an international racing driver with double, if not triple, nationality meaning a number of different places to call home.

In 2010 he became the youngest ever champion British Formula Renault UK at the age of 16, beating the record set by 18-year-old Lewis Hamilton.

Blomqvist continued to impress in Formula 3 then moved to DTM where he became the second-youngest driver to win a race in his debut season in 2015. Blomqvist has raced in Formula E and has truly impressed most recently in endurance racing with wins in the 24 Hours of Spa and 24 Hours of Dayona.

Tom made his ETCR debut in Pau, finishing second in Pool FAST to CUPRA EKS team-mate Adrien Tambay and leaving the French city third in the standings. 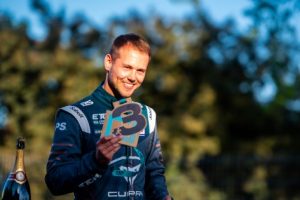 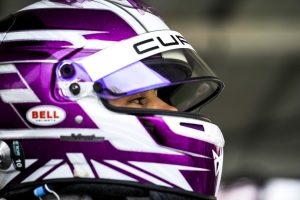 I’m definitely quite excited for it as it’s a big change for me and it’s an exciting opportunity, because it’s so different. I think it can expand my skills as a racing driver. I really like the format and style of racing, it’s very unique. The races are short but sweet. It’s quick and there’s potential for a lot of rubbing; there’s going to be a bit of argy-bargy for sure.

So, definitely going to have to get the elbows out, which I think is exciting. And it’s obviously exciting for the fans as well. So hopefully, you know, we get some good, good people tuning in for that.

What do you think is going to be the biggest challenge for yourself?

The style of racing. This on top of having very little practice, with a car I’m not very used to. Obviously, racing drivers can adapt and drive anything fast, so it’s not a huge problem. There’s a bit of a challenge initially, just with the lack of track time, getting up to speed.

The second big thing, I think, is just the style of racing with it being this kind of knockout format, short races. The use of the power-up is quite a bit of a strategic element that we have to manage as drivers.

What do you think of the CUPRA ETCR car?

You think this thing’s going be a handful, right? It’s gonna be a challenge! But to be honest, I was very pleasantly surprised the first time I drove it. It’s super heavy, but it’s a well-balanced race car. The car gave me quite a bit of confidence very early on which is always a good thing and when you don’t get much track time it makes your life easier as a racing driver.