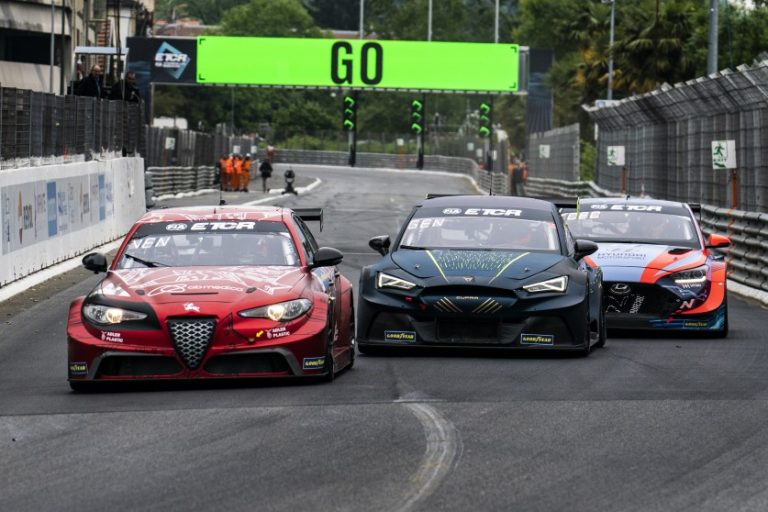 The Romeo Ferraris FIA ETCR squad has two Italian drivers in 2022, with the name Luca Filippi known to many on the international stage. Slightly less known at the moment, but equally eager for on track success, to is Vincenza-born Giovanni Venturini.

Giovanni tasted FIA ETCR glory in the Pool FURIOUS Semi Final 2 at the season-opening Infinite Reality Race FR, at Pau but sadly wasn’t able to contest his pool’s DHL Super Final with his Giulia put out of action in the first DHL Super Final of the day with Filippi at the wheel.

Prior to FIA ETCR, Giovanni’s rich curriculum includes excellent results in single-seaters at the beginning of his career, with successes collected between 2008 and 2013 in Formula 2000 Light, Formula Renault 2.0, Auto GP and in GP3 Series. Eight seasons in GT competition saw him claim the 2017 overall title in the International GT Open. He was also a protagonist in the Italian series, and in the European and American GT World Challenge. 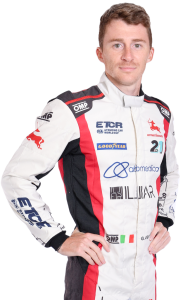 It’s tough but interesting because it’s my first season ever with an electric car. Previously I’ve driven GT3 cars and inLooking to the past formula single seater cars. Everything was a surprise for me, but I learnt a lot during the test days. When I was first on track with the ETCR Giulia in the in the braking zone I was searching for the gearbox! There was nothing! With no engine braking it’s just brakes which stop the car and that’s something different.

The level of the drivers is really high. I honestly didn’t expect the level to be so high! Having such strong team-mates is good as I can learn more from them. But from another side is quite tricky for me because I have to you know, I have to put a big effort to stay with them!

For sure in Budapest We will arrive with more feedback compared to Pau, first of all because I know the track and second thing, we had two really good test days.

From Pau I learned that the important thing is to finish all the pools to get points for the championship. I unfortunately had this chance in all the sessions, so I hope at least in a normal weekend at Hungaroring.

Hungaroring, let me say, is a normal circuit with more opportunities to do some nice battles against others, so I’m sure it will be more enjoyable for the people who’re watching us.