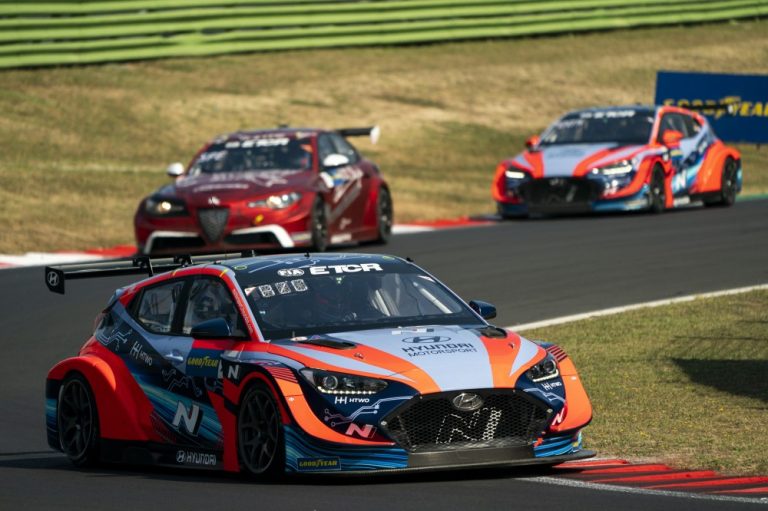 Mikel Azcona and Adrien Tambay took the wins in the Pool FAST Semi Finals on the Sunday morning of Race IT, the fifth round of the FIA ETCR eTouring Car World Cup at Vallelunga.

In the first Semi, Hyundai Motorsport N’s Azcona went head-to-head with Romeo Ferraris man Bruno Spengler with both signifying strong intent to emerge in the lead through the first turns, with pole-man Azcona finally emerging first from their side-to-side into the initial corners. 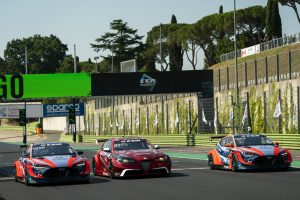 Azcona’s team-mate Norbert Michelisz was soon piling the pressure on Spengler from behind and the outside as the trio headed to the chicane on the first lap, and it was a very close trio for the entirety of this initial lap.

At the start of the second lap Azcona’s Veloster ETCR shed some rear bodywork as a latter consequence of the lap one rubbin’, but his pace didn’t dimmish. Neither did Spenglers, as the Giulia ETCR driver kept piling on the pressure, seemingly given a bit of respite from Michelisz, saving his Power Up on the second lap as the lead two depleted theirs.

Lap three was a different story as Michelisz went large on the fun button to blast right up to the back of Spengler at the chicane, but Bruno was far too canny and kept him behind. Spengler’s attention to his mirrors did mean Azcona could escape somewhat as Michelisz kept trying all the tricks in the book to harass the Romeo Ferraris man.

Come the penultimate lap Michelisz straight-lined the chicane with a brief gravel excursion. The Hyundai Motorsport-man tried to make this new deficit back, but just under a lap later he was suffering from bad vibrations and a limp home strategy.

This freed-up Spengler to try narrow the gap to Azcona, but this was not possible, meaning Azcona could keep his perfect score heading to the FAST DHL Super Final this afternoon. 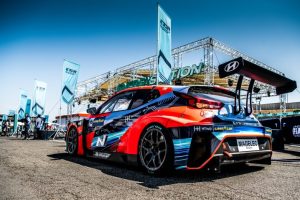 The race was once again very intense with Bruno. Braking for T1 and T4 he was putting a bit more pressure on me than yesterday, even pushing me on braking for T4 and I nearly lost control of the car there, but I could manage it. After this, I felt more relaxed because I feel very competitive during the race and the car allowed me to pull a gap to Bruno and in the end, a very comfortable race and I am ready for the DHL Super Final. 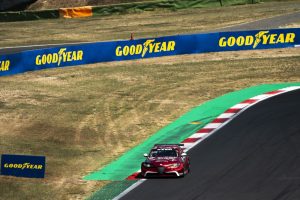 So in the end satisfying result to get the points of P2, I did everything I could to counter the strategy of our opponents, which was to put me p3 immediately after turn four. But we still managed to stay P2. Unfortunately, we could not really challenge Mikel as he had incredible speed especially coming out of the corners in the last sector. Not really sure why but in the end, yeah, good points for the team for myself. And now we keep pushing for the final try to win the DHL Supwer Final. 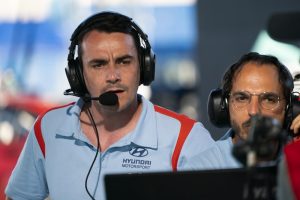 A nice, intense fight. I did my best to overtake Bruno but there was probably a bit of a misunderstanding because he defended the inside exiting T5, then I used the Power Up to get alongside him, then he came back to the line so I needed to avoid him and I went through the gravel. I might have picked up some damage, there was suddenly a big vibration and I needed to back out. I still managed to crawl back to the finish line so it’s ok.

For the second FAST Semi Final it was an equally tactical but more measured affair with the CUPRA EKS pair of Tambay and Jordi Gené facing Romeo Ferraris driver Luca Filippi. With title contention to think about, Tambay was the favoured CUPRA driver, on pole, with Gené starting from the outside of the grid with Filippi in the middle.

It was a close but well-behaved start, from which Tambay took the lead as the cars spread out in the first lap, before Gené jumped on the Power Up to give Filippi something to think about from behind. The pattern continued in the second lap, but Filippi was able to close in on Tambay despite Gené’s attentions.

By the end of the third lap, Gené’s boost was spent, meaning that Filippi could fear less and look forward, but Tambay had brokered a decent gap, with the pair holding similar Power Up stocks in reserve.

Filippi was able to close in on Tambay, close but no cigar as Tambay could take the chequered flag unhindered for the Semi Final win with Filippi close behind and Gené dropped further back. 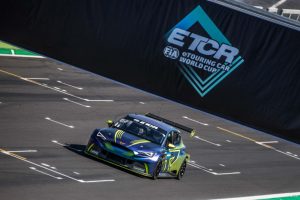 We had to win that one so it was the plan we we wanted to achieve and it worked. It’s just a few more points in the bag. Now we need to focus on the Super Final and try to see if overtaking is possible on this track. It’s gonna be a bit a bit tricky but we will try our best. 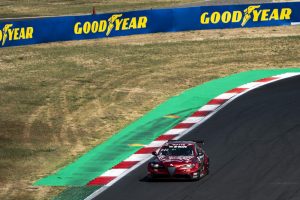 So we had a good morning and good fight with Tambay. Eventually we finished second, but we had a good race. So looking good for today’s DHL Super Final, and really looking forward to you having a good race. And of course the super final is the most important race to the weekend. So we try and do our best. 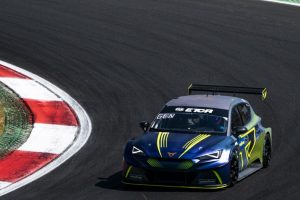 I am a bit frustrated because I tried to put a lot of pressure in the beginning to Filippi but it was not enough to overtake him. I was trying to help a little bit Adrien and as well as helping myself by being in front of him but I pushed for two laps. I didn’t use the Power Up in a smart way – I burned a lot of Power Up without getting the result – and then for the last two laps I was too slow because I had no more Power Up to use. So happy because we have one car in the position we wanted but not happy for me as I was not I was not smart. It looks like I need to improve a bit my the way I use my power up when I fight.