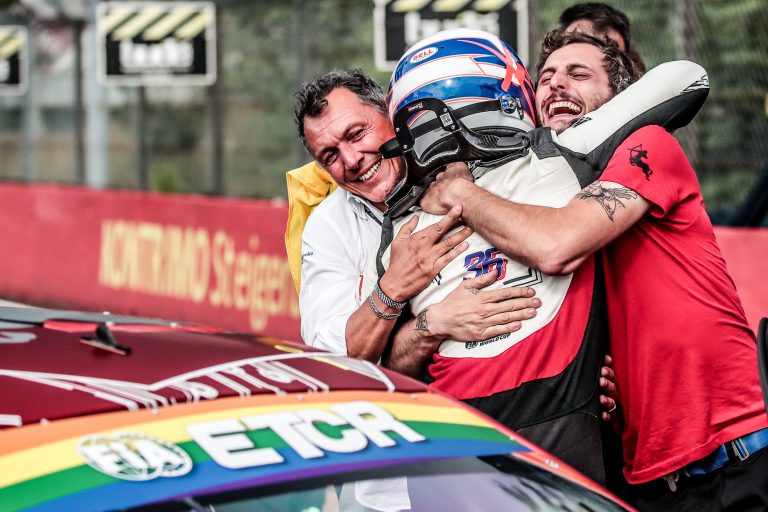 Romeo Ferraris Driver and Belgian-national Maxime Martin can celebrate a perfect FIA ETCR weekend after adding the Pool Furious DHL Super Final win to his Race BE tally. Martin drove a perfect race, leading from start to finish and never coming under pressure from his closest rivals. 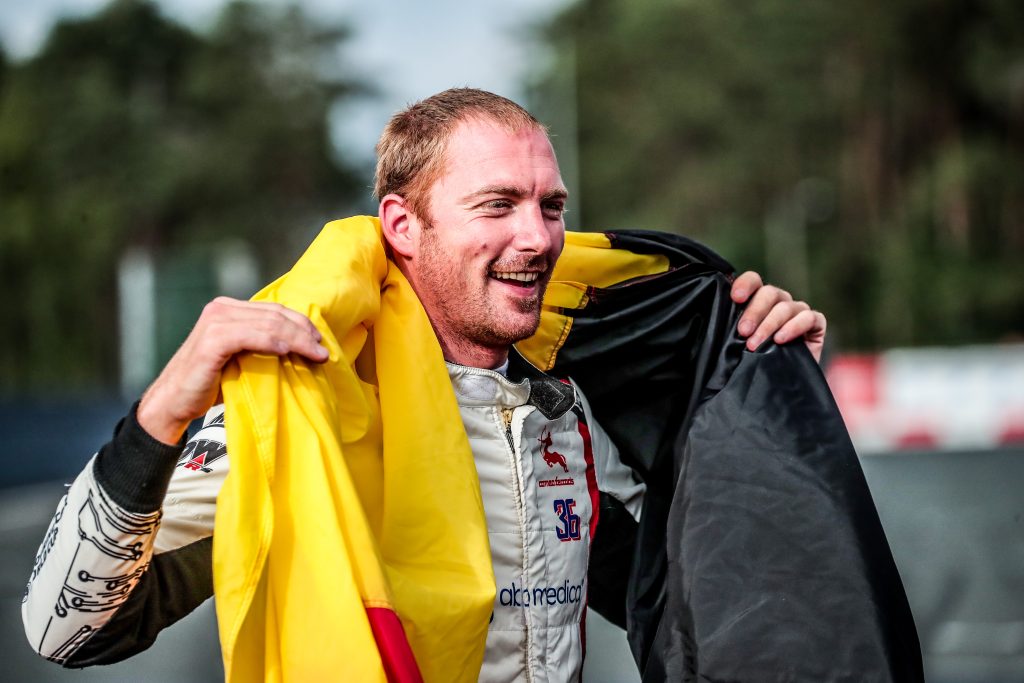 Said closest rivals, Hyundai Motorsport N’s Mikel Azcona and CUPRA EKS driver Mattias Ekström kept their place throughout the 4-lap race though it wasn’t due to lack of trying. Ekström had to defend from a relentless Nicky Catstburg, driving for Hyundai Motorsport N, with both drivers using their Power Up to great effect. Azcona targeted Martin, hoping to take the win, but it wasn’t to be.

Romeo Ferraris driver Luca Filippi had his own battle with CUPRA EKS Jordi Gené, trading moves right until the very end, but was able to keep his position until the chequered flag was waved.

Maxime Martin, Romeo Ferraris – King of the Weekend
It’s the first time for me, but it’s a perfect weekend. All my family is here, but having a come back like this after the issue we had Friday is amazing. We scored maximum points, and it was great to do it in my home race. Everyone was cheering, the team, the fans, my family and friends and the marshals too. The team worked very hard, they had some bad luck with the other drivers, but this was perfect. I hope we can bring this momentum to next race in Vallelunga, the team’s home race.

Mikel Azcona, Hyundai Motorsport N
The Super Final was much better – the best race of the weekend. I didn’t have any struggles although I could feel Mattias breathing down my neck. In the first laps I wasn’t so comfortable as he was very close, but then I saw in my mirrors that he started to get pressure from Nicky. I tried to follow Maxime but he was flying and I couldn’t catch him. In the end, second place is incredible. Good points for the title fight.

Mattias Ekström, CUPRA EKS
My race was pretty exciting for the first half, I had a big battle with Nicky Catsburg and then after I ran out a bit of power up so after this we were cruising to the finish and really having no chance to attack the guys in front so we stayed where we started, in P3.

Nicky Catsburg, Hyundai Motorsport N
My assignment was to put pressure on Ekström, which worked out really well. We were fighting hard and having to use his Power Up to defend from me. When we were side-by-side he was pushing me hard, but no outrageous hits. I had good fun, I’d have loved to have finished third but all in all, a good team result.

Luca Filippi, Romeo Ferraris
Congrats to Max and the team. About my race I’ve been able to recover a position, but by losing time in the opening lap it was difficult to achieve more. Let’s try to maximise this potential for our next event in Vallelunga.

Jordi Gené, CUPRA EKS
Bit disappointed, I was having too many troubles at the beginning of the weekend and I carry over this to all the races. Every time was a bit better, but not enough to really to help for the Super Final so bit disappointed that I saw the potential but I arrived too late. Looking forward to Vallelunga which should be a better place for us.