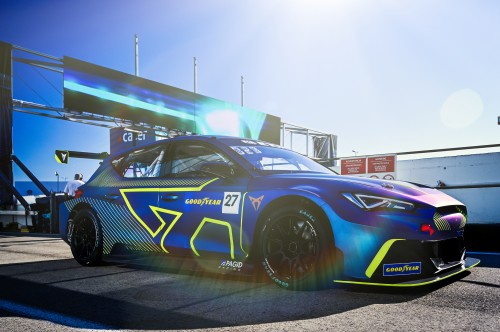 French driver Adrien Tambay is a new sensation in the FIA ETCR eTouring Car World Cup, in his first year of ETCR racing with the CUPRA EKS team he currently sits ahead of 2021 PURE ETCR season winner and team-mate Mattias Ekström, after five races and with just one round to go. 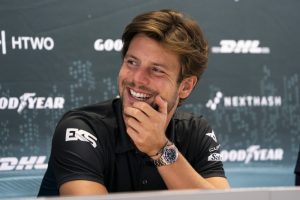 How does it feel to lead the FIA ETCR championship in your first season?
I always knew I could fight for victories. I have adapted very well to the car and the team and the atmosphere has been very good from day one. When you are in such a positive atmosphere, you expect things to go well, and fighting for the championship in the first year against Mattias (Ekström) is a really great feeling. I’m very proud of the trust CUPRA has put in me and I’m giving them back what they deserve. So, I’m very happy and I’m going to fight until the end. It’s a top-level championship and it means a lot to me to be back on the international scene this year.” 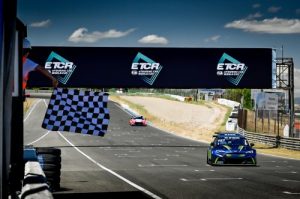 What surprises me most is the power and what we can achieve with 500 kW in qualifying. To do a good lap is not easy, especially in qualifying, because there is no ABS, there is not much downforce, there is the weight of the batteries, there is no engine braking and the engine power and speed are very high, so it is challenging and involves a lot of driving. The driver has to adapt quickly and stay focused.

That’s what surprises me the most: the level of performance in qualifying and the level of difficulty you have over the weekend. 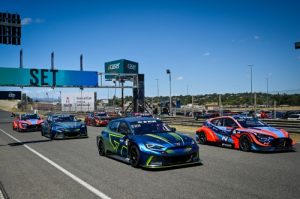 FIA ETCR is also different from other competitions you have been in, what do you think of the format from a driver’s point of view?
The fact that we have to adapt very quickly from one configuration to another in terms of kW is a big challenge. We don’t drive a lot, so you have to get used to the references very quickly, which requires a lot of skill from the driver, which is what we like.

Also, you drive flat out as you don’t have to manage the battery charge, so the level of difficulty is quite high and there is little room for mistakes.

All this is very interesting for a driver and I think, from the outside, it is also very interesting. I think the format is good and I hope we can bring more cars in the future and make it even more challenging.

Watch Adrien Tambay explain all about the Energy Station

You are an official CUPRA driver, what do you think of CUPRA and have you had the opportunity to drive one of their road cars?
I drove a CUPRA for the first time earlier this year, I really enjoyed it. To be honest, representing the brand is an honour as it is both approachable and very bold, so I am very happy to be called a CUPRA driver. 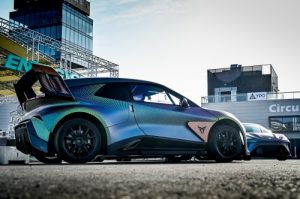 CUPRA has a very strong line-up, combining youth and experience, how is your relationship with the other drivers in the team?
It’s no secret that I have a very special relationship with Mattias, I’ve known him for a long time and this year we share a car. We have a lot of respect for each other and this year we have moved up to the next level and we have become friends as well. I admire him a lot as a driver, as a person and as a sportsman, I think he is an inspiration for any young driver who wants to succeed in racing. I can learn a lot from him and there is great value in working with such a driver.

I raced with Tom (Blomqvist) in the DTM in the past, I didn’t know him very well, but we have become friends and we get along very well. He is a very quiet person, but in racing he sets the bar very high and he has a lot of talent. I think what he’s doing in the US shows he’s one of the fastest guys out there, so it’s also great to race and share things with him.

And then there’s Jordi (Gené), with the most experience in touring cars, very friendly and easy going, I’ve played paddle tennis with him a few times. He is very competitive and I have a lot of respect for him because, at his age, he is still driving against the youngsters and that means he is still very good. He never lifts and he’s always pushing. I think there’s a great mix of young and experienced in the team and I hope we can keep that going in the future. 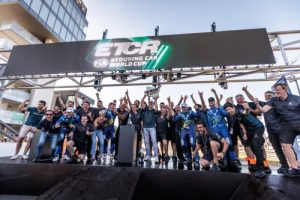 What are you looking forward to for the rest of the season, what is your goal?
Well, basically the season is slowly coming to an end. It’s going to be very tough, but we keep pushing in every race. If we take the last meeting like we did the previous ones, trying to maximise performance and every start, and putting the car up in qualifying, we can fight for the championship. The best thing is to win, but if Mattias is strong, it’s going to be difficult. So, even if the goal is to win, we will always look to be up there, P1 and P2. If we work together, we can bring the title back to CUPRA. 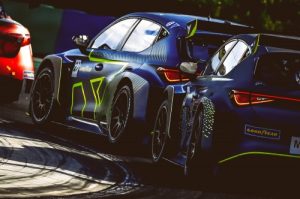