FIA ETCR: The most EXTREME touring cars ever 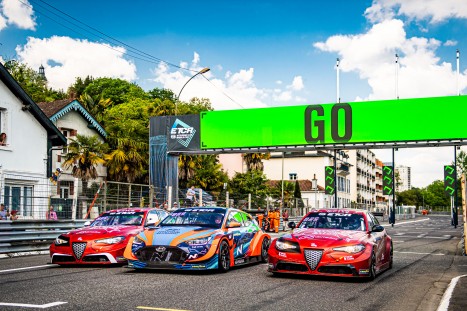 The FIA’s first-ever electric touring car competition, the FIA ETCR eTouring Car World Cup, started last month with Infinite Reality Race FR on the streets of Pau. Time for a look at the technology behind the cars in this series, with a few words from the lucky drivers who get to do battle on track. 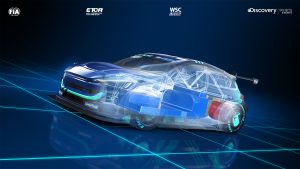 The Most Extreme Touring Cars

FIA ETCR are created by manufacturers using a road car chassis as a base, then engineering a standard kit supplied to teams by WSC Group, with energy stored in Williams Advanced Engineering battery packs and fed through Magelec Propulsion transmission, motors and inverters.

All cars are rear-wheel-drive, with two electric motors per rear wheel. The electric beasts have two power modes, 300kW and 500kW, with the latter figure equivalent to 670bhp whilst the former is still equivalent to over 400bhp – no limp mode here! 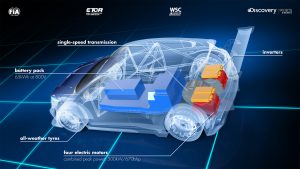 The four electric motors run at 12,000 rpm through a single speed transmission, with no engine-braking or regeneration to slow the car, it’s all on the brakes to arrest the 1800kg cars.

Grooved all-weather Goodyear tyres are another aspect that sets FIA ETCR apart from other touring car competitions, while being both sustainable and relevant to the automotive industry, they add to the challenge for the drivers. 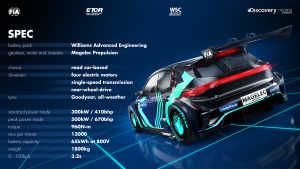 As an FIA series the development and deployment of the cars has been noted by no less a touring car luminary than Alan Gow, FIA Touring Car Commission President.

“It has been a great pleasure to witness the development of this concept from the original idea to the present day,” said Gow.

“The cars are truly impressive in terms of performance and their unique demands represent a great challenge for the drivers. The series has all the ingredients necessary to produce a great spectacle and gives us plenty to look forward to this season.”

So what are the cars like to drive? Here’s some first impressions from the pilots behind the wheels. 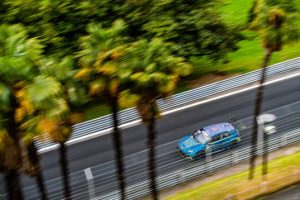 You think this thing’s going be a handful, right? It’s gonna be a challenge! But to be honest, I was very pleasantly surprised the first time I drove it. It’s super heavy, but it’s a well-balanced race car. The car gave me quite a bit of confidence very early on which is always a good thing and when you don’t get much track time it makes your life easier as a racing driver.

It’s a surprising car because it’s a quite heavy car and very different to what I’m used to. No downforce and grooved tyres. So there’s a lot of things you have to do on your driving style to adapt to this compared to what you know from before. But I like it, it’s, it’s fun. And when you put down 500 kilowatts, it’s impressive. The car has a lot of power and it’s heavy so the brakes have a lot of work to do, and there isn’t so much grip either! It’s a big challenge to drive it. And I like it. It’s fun to drive. It’s a big challenge. 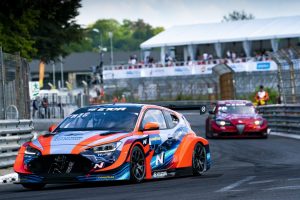 I was used to front wheel drive touring cars for 90% of my career, so it was a huge jump into the unknown. If you take a range of racing cars, the two cars could not be more far from each other. The TCR car has like double the amount of power and torque in qualifying mode. It’s rear wheel drive. It’s on almost road tyres compared to slick ones, and it is about 500 kilograms heavier. In the end, as a driver, you need to adapt your driving. For me, this car requires some fine, fine movements, smooth driving, and for me, it will be the biggest challenge so far in my career to get on top of this beast.