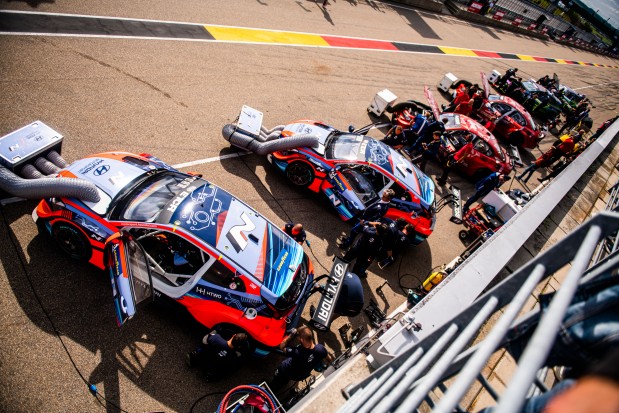 The time has come, the season is nearly over, the FIA ETCR eTouring Car World Cup has arrived in Sachsenring for the season finale and teams and drivers are ready to go!

What you need to know:

Friday means practice day and all drivers have taken to the short yet undulating track whilst some amongst them were lucky enough to get some press conference action too. Scroll on to hear and read their thoughts ahead of Race DE.

First order of the day was the all-important Draw, deciding who will belong to Pool FAST and Pool FURIOUS this weekend and ensuring plenty of exciting head-to-heads for Saturday and Sunday. Look closely and you might see  different car / driver combinations from usual (hint: the manufacturer begins with a ‘C’) 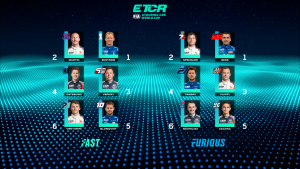 That’s not everyone though, let’s hear from the entire field after Day 1 of Race DE; with selected quotes from the FIA ETCR drivers below. 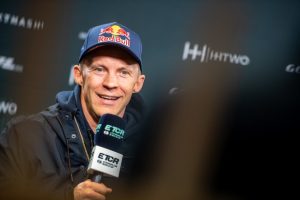 The first lap was very exciting with 500 kilowatts and I managed to have a decent run and then the second run again was again okay. And we did do laps with 300 kilowatts which was fine. Actually I like the track lot. With the car we have something to fine tune to get his spot on. So give maximum run for the money for the pool tomorrow morning will be a challenge, but we accept it. 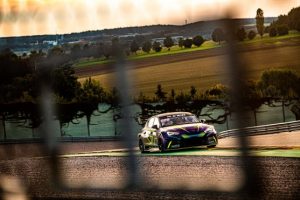 Well difficult conditions as it was very slippery. On the first lap I had a lot of problems with the rear grip and this was a condition for the second attempt. In the second attempt I managed to put everything together, which was a little bit better but still, we need to improve the way because the car changed a lot from the first run to the second one. So we sustained a lot of work to do but I feel comfortable with the track, which is good 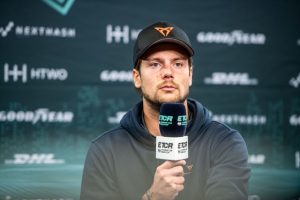 Well, it’s not a bad start to the weekend, to be honest. It’s a track I didn’t know and I was a bit anxious because Tom had the difficult run this morning and the balance of the car was not perfect so I hoped that nothing was wrong with it. Basically  it looks like it’s fine. So let’s keep the momentum and see what qualifying brings because there are no points for for practice. 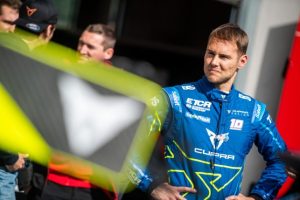 It was a difficult session, very low grip. But it’s all part of the challenge. We’ve got some smart guys here to knuckle down and try and improve for tomorrow. 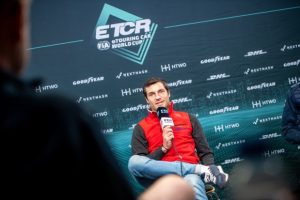 For me it was the first time at Sachsenring so it was more about learning the track, but I think we can see that we are improving through the session which is positive. We can do some improvements for tomorrow for qualifying, but I think our pace is, is good. We have a chance to challenge for some good positions. We just need to improve a little bit here and there for qualifying tomorrow and try to do a clean lap. I know the team is always very strong at improving the car from one day to the other. So I look forward to qualifying tomorrow. 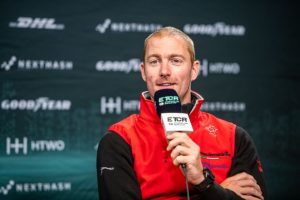 It’s a good start to the weekend. Today doesn’t mean a lot, but in the end  it’s okay and we have quite an okay car so we will see tomorrow as tomorrow is when it really starts. 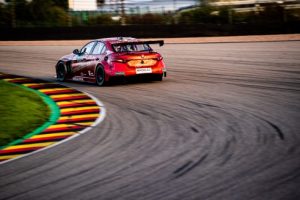 Really interesting track here in Sachsenring! I’ve never been here, but it’s definitely a cool place. I had to learn the circuit and see how the car feels like and I’m very positive for tomorrow. It’s going be crucial to put qualifying together and start from there but really positive for the weekend coming. 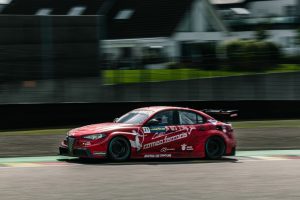 So my first session ever in Sachsenring because I’ve never been here, but the car was was quite good. Obviously we have to work a bit for qualifying tomorrow morning, but we are in a good way so we’ll keep pushing for tomorrow and we’ll see what happens. 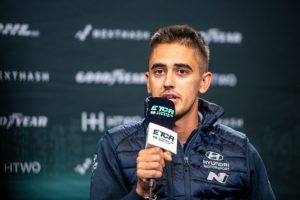 Free Practice was positive, every run I was getting more and more confidence. It is always very difficult when you jump into a new track, especially like this one with no reference and at 500kW, everything is very difficult like this. But I prepared the practice to progress in my confidence from very low to a high level, and that is what I did at the beginning of the session, getting a good feeling in the first laps for the braking points and every lap of the session I was going faster and faster. Very positive for Qualifying tomorrow, as well as the changes we did on the car. It works very well, especially in the last run – I had the worst tyres of the session and did my fastest lap. I’m really happy and focused for tomorrow. 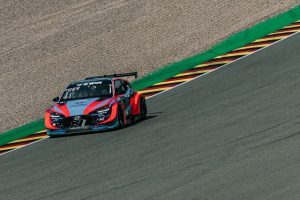 The track is super cool. Not knowing the track makes it quite  difficult to find a rhythm. I’m quite happy just the first sector is very, very difficult when you don’t know where it goes. But let’s see from qualifying or work to do. 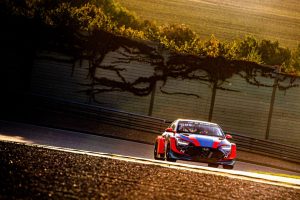 To be honest, I’m quite surprised because this circuit has quickly become one of my favourites. It’s very exciting to drive, it’s also very challenging to put a lap together. In the end, I think it was an ok session. We had decent pace, I still did some small mistakes so the lap time could have been a bit better. I was under-driving and at one point, the sun shone straight in my eyes and I didn’t realise where I needed to go. In my last run I tried to do something on the brakes but I immediately locked the front tyres at turn one. It was an alright session, we have had worse, but still some things to improve on the driving side and I think we can find some small areas to improve on the car as well. 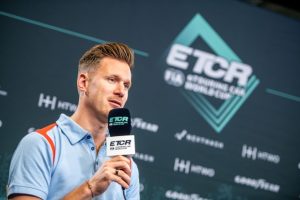 Was a nice start. The track is still a very cool, high speed track and very interesting for our cars. We need to  figure out how to make the most of it for tomorrow.