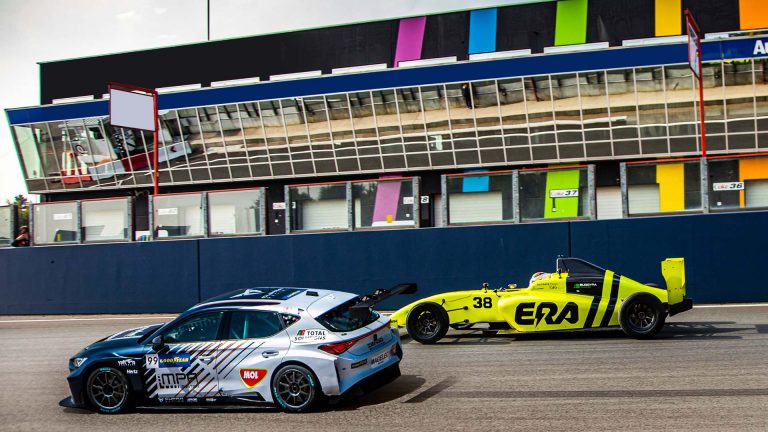 A new generation of drivers will stake their case for a place in the FIA ETCR – eTouring Car World Cup as the all-new ERA Championship for electric single-seaters supports it at five events this year.

ERA will charge into life at the second round of the FIA ETCR at Istanbul’s Street Circuit on May 20-22. It will then continue its support status at the summer events at the Hungaroring and Jarama in June and then Zolder and Vallelunga in July.

A field of 10 junior drivers will race identical Mitsu-Bachi F110e single-seaters in the 10 races. The Mitsu-Bachi comprises an ERA sub-chassis, designed and made in-house in Belgium, melded to the Japanese Dome F110 chassis and fitted with a 24kWh battery.

The ERA electric powertrain will produce a peak output of 130kW (175bhp), making for top speeds of around 210kph for the 680kg single-seater (including driver), while performance modes will be adaptable at the flick of a switch.

Free practice, two qualifying sessions and two races are scheduled to be held at each event, creating a thrilling and sustainable 10-race season in which the top drivers and technicians can prove their performance and potential in front of FIA ETCR’s team bosses and fans.

Highlights of every race will be broadcast on Eurosport channels on the Tuesday after each event in more than 70 countries in Europe and the Asia-Pacific region. Details of a live broadcast package – to be available on several platforms in 2022 – will be revealed at a later date.

*Subject to agreement with event promoter

**Calendar remains subject to the ERA Championship adhering to the requirements of an FIA International Series.

Xavier Gavory, FIA ETCR – eTouring Car World Cup Series Director, said: “It’s our great pleasure to welcome the ERA Championship to the FIA ETCR racing package for at least the next two seasons. Creating an electric-racing festival was – and remains part of our plan at Discovery Sports Events and the addition of the world’s first all-electric junior single-seater championship is a fantastic next step. Not only will the Team Principals of some of the world’s most prominent electric motorsport manufacturers have the chance to see the next generation of stars competing right under their noses, but the fans will be introduced to the names that could dominate this area of the sport for the next generation. The team at ERA Championship share our vision of creating a more sustainable form of motorsport that can showcase the mind-blowing potential of electric racing and we can’t wait to see it unfold on-track.”

Beth Georgiou, ERA Sporting Director, said: “We are excited to announce our partnership with FIA ETCR ahead of our inaugural season. From the outset, we have had a very clear shared aim to promote electric racing and offer exciting, accessible electric motorsport for teams, drivers and fans. We have seen the phenomenal success of electric racing in recent years and if you look at the opportunities now for drivers to develop a professional career, it is clear that electric racing is an increasingly attractive option and we only see that going in one direction. Drivers in the ERA championship will be the first in the world to take a step onto an all-electric career ladder and it’s important for us to ensure the environment is there to support and inspire them as they build their career. We can’t wait to go racing and bring thrilling electric racing and stars of the future to exciting tracks this summer.”