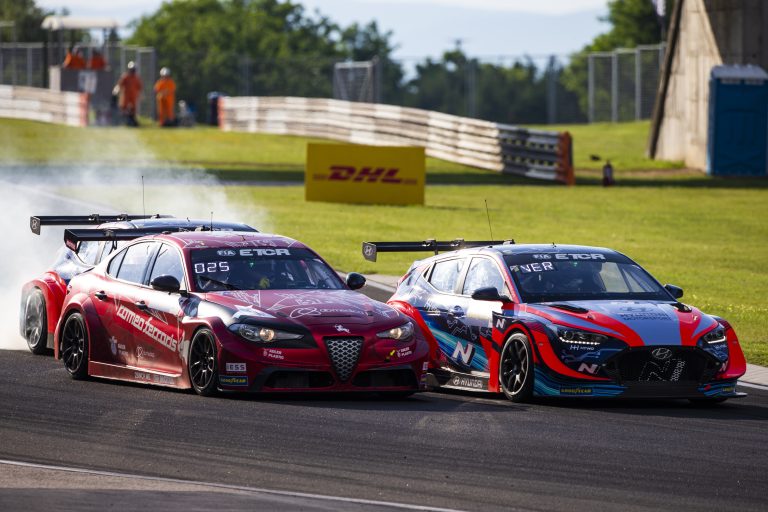 It was non-stop action for the second round of the 2022 FIA ETCR eTouring Car World Cup, with Race HU getting underway at the Hungaroring today. 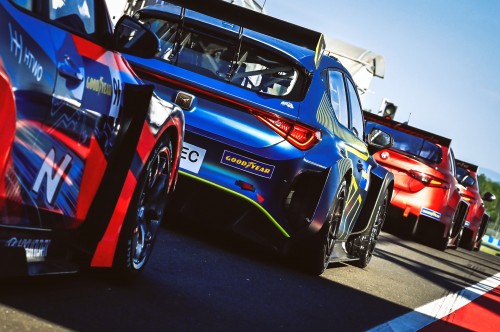 As temperatures soared and racing got underway, Pool FAST pole-setter Ekström lost his lead to former team-mate Mikel Azcona (now driving for Hyundai Motorport N) in Quarter Final 1, before a last-minute charge from the Swede saw him regain the top spot just in time for the chequered flag. Hyundai Motorsport N’s Kevin Ceccon was left with third place after running wide at the first corner.

Quarter Final 2 saw Romeo Ferraris’ Giovanni Venturini make a great start from pole, though it was team-mate Maxime Martin who took the lead and stayed put until the chequered flag. Venturini and CUPRA EKS’ Jordi Gené delivered most of the action, putting in brilliant moves against one another throughout lap 2 and 3. Venturi took second place, with Gené close behind in third. 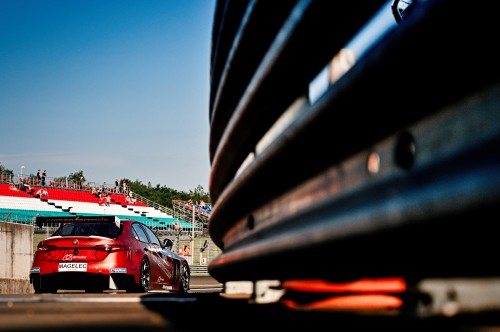 The Pool FURIOUS Quarter Finals drivers did their best to deliver even more on-track action, with CUPRA EKS’ Adrien Tambay, team-mate Tom Blomqvist and Romeo Ferraris’ Bruno Spengler battling hard throughout the 3-lap QF1. It was Spengler that took the win, after Tambay and Blomqvist made contact and spun. Tambay finished second while Blomqvist was unable to complete the final lap. 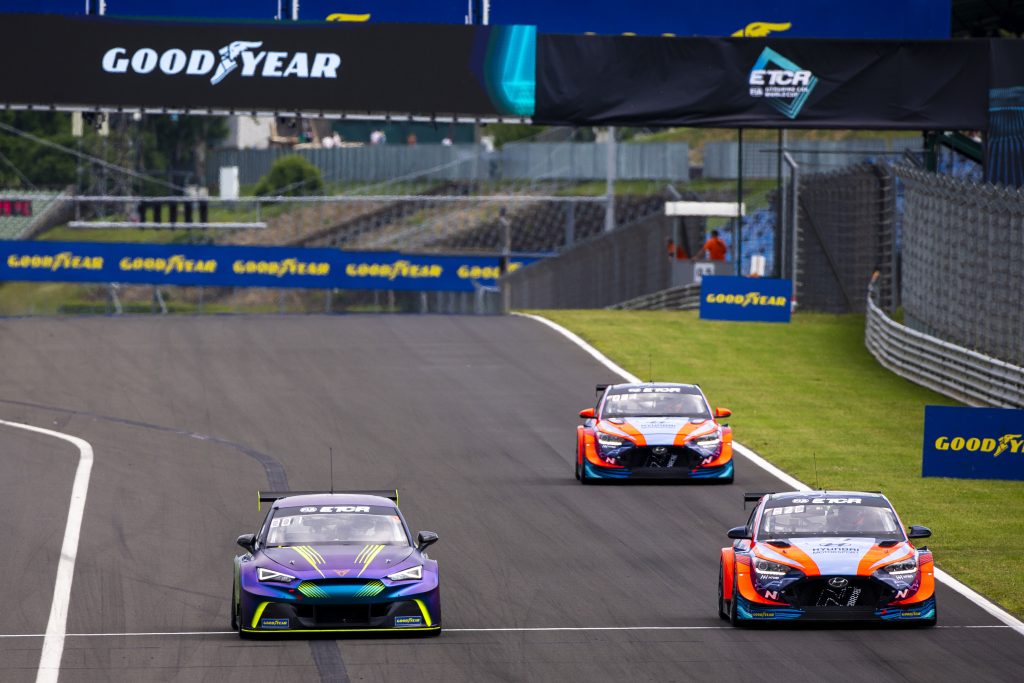 The FIA ETCR RACE HU continues Sunday with the Semi Finals and the DHL Super Finals, all to find out who will be King of the Weekend.

Quotes of the Day

Mattias Ekström #1
It was a bit too exciting maybe! The start was good, Turn 1 was good but then I was a bit caught by surprise by Mikel who passed me in Turn 2. Then after this it was pace race until the last lap and I saw Mikel struggle a bit with the tyres and sliding a lot, and then in the last few corners he made a little bit of a mistake, just 1.5-2 metres and I managed to overtake him which was a great feeling. We still have the semi-final today and the big day is tomorrow.

Jordi Gené #28
I was very close to achieving 2nd, had the chance two times during the race to overtake, it was very tight, I’ll keep pushing and try and help the team in the best way I can.

Adrien Tambay #27
I don’t think anything special other than racing happened, we all race at the limit and at the end I think Spengler was cooked so it’s just a shame because we would have probably finished first and second. But we will learn from it and hopefully the cars can be repaired, that’s the most important thing; to avoid wasting any more than what we did. It’s also a shame for Tom, because for me it doesn’t change so much – I just change from first position to second position – but for Tom, it changes to the other final which has less points.

Tom Blomqvist #10
It’s obviously a bit of a miscommunication, a misjudgement. We had a good advantage in that race. Some days you have bad days in motorsport unfortunately. I just feel sorry for the team, who work so hard on the cars. We’ve got a bit of work to do. Obviously for the championship, it doesn’t help. Every race is critical but we live and learn. There are many opportunities still to come.

Luca Filippi #25
QF done, it’s a P2 in which I lost a bit of time battling with Norbi and this let Vernay by for the win. Overall, the package is good, we have a good pace on the 300kw so I’m very positive for tomorrow, anything can happen and we can aim for a good result.

Maxime Martin #36
It was good to win the QF because P5 in qualifying is not what we wanted so it is good to be back in SF1 aiming for a good spot in the Final. Good race for me, the start was thigh, I kept the inside and it’s easier when you are in front co control the race and we had a really good car, I’m really happy.

Giovanni Venturini #21
I had a bad start, in the first corner I saw Gené overtaking me and in the end my race finished there. It was a good battle for P2, but Maxime was already gone. In the end some good points for the team.

Bruno Spengler #7
It wasn’t looking easy because we know that CUPRA EKS at the moment has a bit of advantage in the race pace. I did my best, I made a good start in P1 after the first corner. I had a bit of a fair and fun fight, but after that they’re quicker than me and I just did my best to defend. They touched unfortunately for them, but for us it meant a great result, I’m super happy to win here, this QF. Good points and happiness for the team, seeing people smiling is good and for the hard work of everybody. Looking forward to tomorrow.

Mikel Azcona #96
A very intense battle, I’m very happy about the progress by the team. It is the first time we can put our car in front of Mattias, which is great news for the title fight. I was leading the race until the last two corners but I’m a bit disappointed because I had the race in my hands. A small mistake from my side lost me the race but in the end I take the positives which is the car is very competitive now and we saw already that we’ve improved the car. We’ve scored good points for the championship, so I’m very happy.

Norbert Michelisz #5
The Quarter Final was eventful! My start was good but then I really tried to leave enough room for Jean-Karl on the inside which was compromising my line a little bit. I was behind the Romeo Ferraris and the race was all about keeping him busy. It was a nice race; I still feel there is some learnings for me to understand how to approach the sessions. I think there is still some margin for tomorrow to be a bit faster and to be a bit more strategic! But I enjoyed today a lot to be honest.

Jean-Karl Vernay #69
A very good session; we absolutely had to win the Quarter Final and that’s exactly what we did. It’s been a good day overall with a good performance in Qualifying. I think we can be happy and focus on tomorrow. I will try to bring some points home; after our difficult weekend in Pau, we need to be back in the title fight. If we are being smart, we can climb the ranking of our Pool.

Kevin Ceccon #31
The Quarter Final was good, I attacked hard into Turn 1 and I gave Mikel the chance to attack Ekström, which was good team work from our side. After that I was not able to give Mikel some free air but overall, it’s ok. I knew already I was in Semi Final 2 by the first corner, so now we just have to make sure we win it.