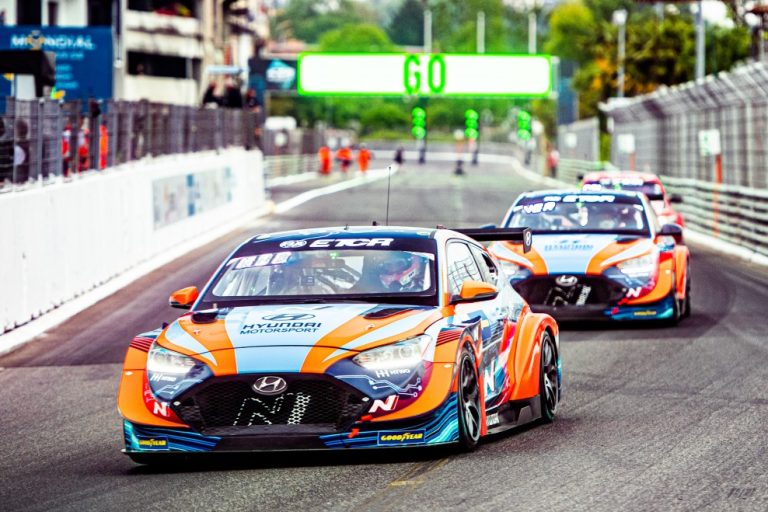 A fan favourite in his home Hungary – where the FIA ETCR heads next – Norbert Michelisz – Norbi as he’s known – came to racing in a contemporary manner, through online racing exploits.

Norbi was so pacey by PC that he earned a test in a Zengő Motorsport Renault Clio at the Hungaroring in 2005. Despite being a total rookie, he ended up 0.2s slower than established racer Gábor Wéber.

That test performance earned him a season in the Suzuki Swift Cup in his homeland in 2006. After winning the WTCC Trophy for independent racers twice, Michelisz landed a factory Honda ride for 2016, which culminated in an outright title challenge one year later.

He eventually finished runner up to Thed Björk with three wins and three fastest laps. He’s been a Hyundai Motorsport driver since 2018.

Norbi makes his ETCR debut in 2022 for the Hyundai Motorsport N squad and with a solid first race weekend in Pau under his belt he heads for his home event next with FIA ETCR Race HU at Budapest’s Hungaroring. 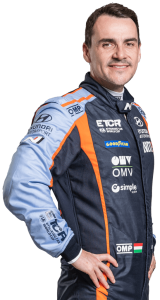 I’m excited to be honest, it’s a new journey for me so I’m very happy about getting the chance to compete here. I was following the series last season and even from the outside look very intense, with very interesting cars to drive. So far I got more than expected because the car is fun to drive. Of course, it seems that the level of the championship increased compared to last year, which makes it interesting for me.

I was used to front wheel drive touring cars for 90% of my career, so it was a huge jump into the unknown. If you take a range of racing cars, the two cars could not be more far from each other. The TCR car has like double the amount of power and torque in qualifying mode. It’s rear wheel drive. It’s on almost road tyres compared to slick ones, and it is about 500 kilograms heavier. In the end, as a driver, you need to adapt your driving. For me, this car requires some fine, fine movements, smooth driving, and for me, it will be the biggest challenge so far in my career to get on top of this beast.

What do you think of the calendar?

I think it’s very good mix having permanent tracks and street circuits. It’s just the right proportion. I’m really looking forward to the street tracks in general, because I think that this car is made for street tracks, because it has the right amount of power. It has the potential to get power to the ground. And I think it’s even more exciting to drive these cars among walls. I was really looking forward to Pau, not only because of it being the season start, but also this being a huge challenge to master with ETCR.

How about your team-mates?

I know, JK from last season and he’s a very good driver and very competitive. I was following Mikel too and he was very competitive last year, and I expect a big fight in the team to see who will be on top over the course of the season. The atmosphere is really good and I enjoy working with them. I feel that myself and Kevin for the beginning are probably a little bit behind, because we just don’t have the same experience. But so far looking at also Kevin, he was adapting very quickly to this new environment.

What are your expectations for the season?

I have to be realistic. I didn’t do a lot of laps in pre-season testing. I want to be realistic for me. I think the first couple of race weekends will be more about getting to know the car and the environment. I expect myself to progress throughout the season and I hope I can get to a level of fighting for podium finishes for the second part of the season. 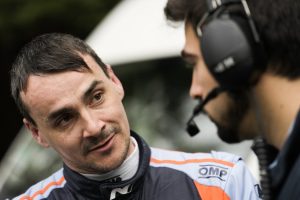 Looking at your home race, what makes Budapest so special?

It is special because my racing career started there. I remember the day back in 2005, it was a very special moment for me. I started racing quite late and it was the start of a beautiful journey. It doesn’t really matter what results I will achieve in the future on that circuit, it will always have a special place in my heart. I celebrated many beautiful moments there, winning races, but I also had difficult moments, but even those I feel were good moments because having the support of the crowd, the fans made it easy to forget. It’s a really special, nice place for me.

What will be the challenge of the Hungaroring in an ETCR car?

To be honest, every circuit is a challenge with the ETCR car. The Hyundai Veloster N ETCR is fun to drive, it’s a fantastic car but I really feel I am at the beginning of getting to know the car. Pau was quite tricky because it’s quite demanding, quite special street circuit. Hunagroring for me will be a bit easier because of my circuit knowledge and the laps I have done there. We have done some testing there with the ETCR car so I think that I am more prepared. Because of this, I also think that it will be possible for me to progress in terms of results but nevertheless with the double duty with WTCR, jumping from one car to the other, will be a big challenge.

How great is it to race in front of your home fans?

It’s always fantastic. I remember my very first WTCC race in 2011, the grandstands were full and to be honest it felt like a dream. Going back there every year, having a home race is something very exciting and special. I feel quite lucky because not only was I able to have some very good results, but I could celebrate those fantastic results in front of many Hungarian fans. This is something that makes everything quite complete.