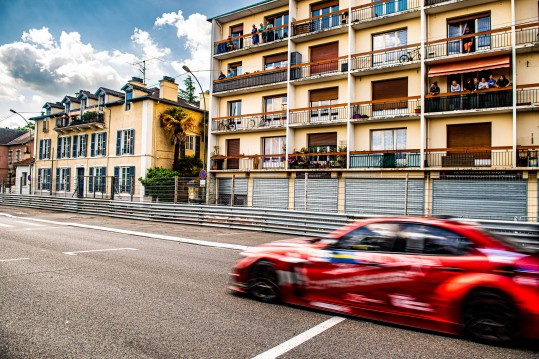 One of two Italian drivers in the Italian Romeo Ferraris squad, Luca Filippi is a tremendously versatile driver with an exceptional motor racing CV which includes the 2005 Formula 3000 Italy title, GP2 Series success (2009-2010 runner-up in the Asia Series and 2011 in the Main Series), the role of official Honda test driver in Formula 1, appearances in IndyCar in America – including a podium in 2015 – and participation in GT and Touring races.

Luca has electric motor sport credentials too, with the 2017-2018 edition of Formula E. In 2021, he also finished seventh in the overall PURE ETCR standings in 2021 with 218 total points, and with the second place overall in the Copenhagen round as his best result.

Luca’s 2021 FIA ETCR season campaign certainly got off with a bang in Pau. In Pool FAST Luca was but he was furious come the end, after a controversial clash with Hyundai Motorsport N’s Jean-Karl Vernay. 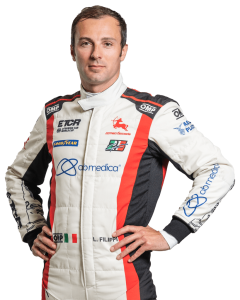 The FIA status makes a difference. It’s a very important step because they recognize the level of the organization and the drivers and everybody. It pushes us all to do a better job. We did a lot of work during the winter to be ready for the season and it’s sure to be highly competitive. 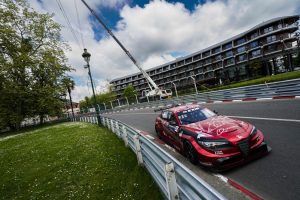 I learnt that every single point counts. Because the way the championship is structured, it’s always crucial to get to the end of the races in the best position possible. For me last year with the two DNS one for, unfortunately, an issue and the other one for a contract, I was out of contention of the championship, especially when the DNF is in the DHL Super

Final, where you get most of the points. The other thing learnt is the importance of the power up usage as you have to be clever with it. And every place you go, you have to use a different approach with a power-up so it’s pretty crucial.

The main difference for me is that the level of the drivers is going up amazingly. It’s a big challenge and I’m really pumped up about it. All the drivers are super good, super professional with an amazing history of motorsport. So basically, you have to every single battle, it will be very tough. From the other point of view, I think all three manufacturers did their homework very well, so anyone can be really, really fast.

The biggest challenge for the year is the level of the drivers from the competition and within our team; all of us are aiming for race wins. We all have to deliver and be on top of it all the time. There won’t be any single, let’s say relaxing, battle where you have a slightly less strong contenders because you don’t have weak contenders. So it’s gonna be really tough!