Defending the title harder than winning it says Ekström 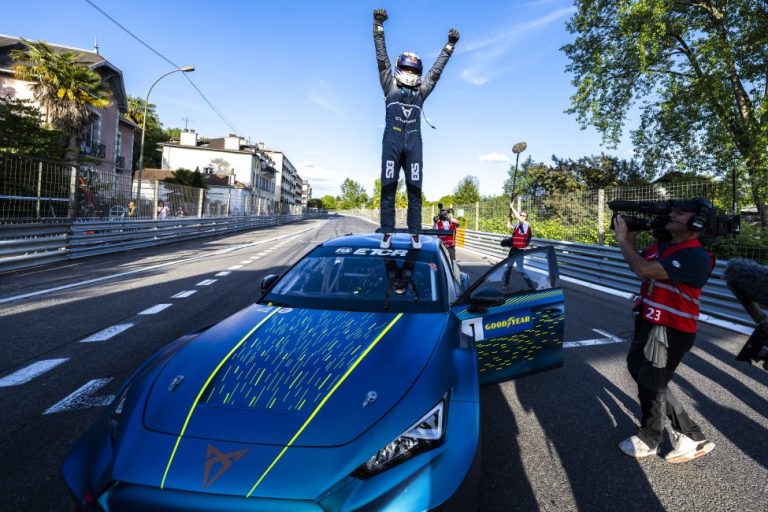 CUPRA EKS driver Mattias Ekström entered the first season of the FIA ETCR eTouring Car World Cup as the defending ETCR title winner through his glory in PURE ETCR. The Swedish driver, after the five races held so far this season, is in second place in the drivers’ standings, just 14 points behind team-mate Adrien Tambay.

Looking ahead to the rest of the season, Mattias says he will give his all against the tough rivalry he has encountered this year in FIA ETCR, from his own team-mates Tambay and Tom Blomqvist to former team-mate now driving for Hyundai Motorsport N, Mikel Azcona and Romeo Ferraris driver Maxime Martin.

This year, you are defending your title in the FIA ETCR, what is your balance of your season so far?
It is always more difficult defending the title than to claim it for the first time. There is a lot more pressure from outside and your own expectations are really high. You need to balance it and keep your head cool. So far, it’s been going quite good – I’ve had couple of wins and couple more podium finishes, and I am in the title run. For sure, I would prefer to be leading the championship right now, but I can’t complain, as it is Adrien who is at the top. We share the same car, same engineers, and mechanics, so it’s fair and square.

How have you seen the evolution of the championship from the inside?
The second season of ETCR started with a much more even field and even though we’ve had more wins than others so far, it has not come easy. There is more action on track and it is more up to the drivers to make each outing count. It is good racing and everybody wants to win it.

CUPRA is now supported by EKS, your team, in the FIA ETCR. What does this mean for you?
It is a great honour and even greater responsibility to take care of a works team of CUPRA. EKS has the experience and knowledge to deliver the result on and off the track, and I think so far, we have done our job quite well. I know every team member personally and I trust them fully and when I see the whole team working as one, I know, we are doing things the right way. Still there are many things we can improve and we have many ideas for the future.

This season you have new team-mates, Tom and Adrien, how is the atmosphere within the team?
Tom and Adrien are professionals of what they do, and we see this on track every race weekend. They are highly motivated and ambitious and will fight for every championship point. And they fit right in with the team – they work hard and we have our laughs and fun as well. I think with me and Jordi being slightly older, it gives a nice balance in the team.

As an experienced driver and reigning champion, how do you think the championship should evolve next year?
Electric racing is still quite a new concept and I believe there is a lot of potential for the future. There are so many opportunities to make the races even more action packed and strategically clever with all kind of digital tools, that were not available in a classic internal combustion racing. At the end, it is up to the promoter and FIA to decide the racing format, and up to us to deliver a good racing within the given rules.

What is your goal for the rest of the season?
For sure I want to win races and defend the title, and I will give Adrien, Mikel, Maxime and others a good run for their money. But I have to stay calm, humble and work hard to achieve that. Nothing is over until we see the finish flag of the very last race of the season. As always, I will stand by my motto – Go hard or go home!