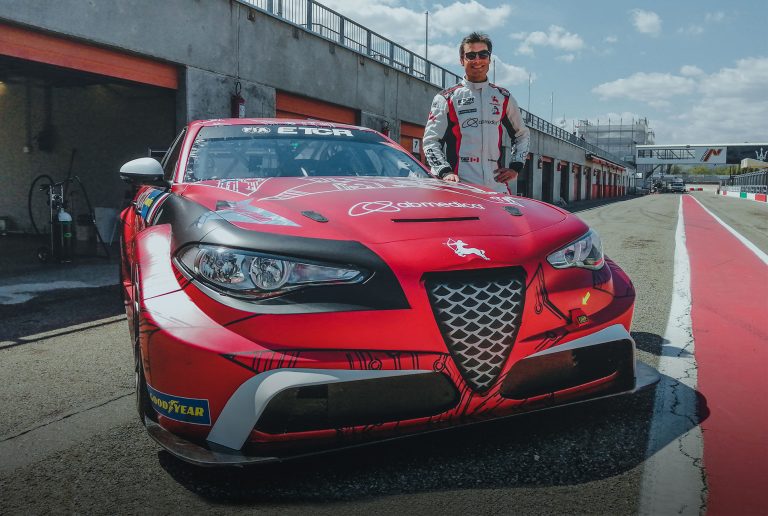 French-Canadian Bruno Spengler has been announced as the third driver who will contest the 2022 FIA ETCR eTouring Car World Cup with the Romeo Ferraris squad.

Thirty-eight-year-old Spengler, who was born in France, will make his electric motorsport racing debut at the wheel of the Giulia ETCR in Pau in just two weeks’ time, joining previously announced drivers Maxime Martin and Luca Filippi at the Opera-based squad.

“I am approaching my debut in the FIA ETCR with great enthusiasm, returning to being involved in Touring racing but this time with fully electric cars,” said Spengler.

“I have already had experience as a test driver in Formula E, discovering the potential of this technology, but the race sensations it offers are something completely different. On a personal level, it will be interesting to start the season on the Pau street circuit, where I raced 18 years ago, and to revive the beginnings of my career.

“Last year, as a spectator, I appreciated Romeo Ferraris’ ability to bring a competitive project like the Giulia ETCR to the track. Now it will be nice to be able to give my contribution and fight together for prestigious results.”

In the 2018-2019 season, Spengler was test and reserve driver in Formula E, also participating in the Marrakech rookie test and various private practice sessions, his first contact with zero-emission racing cars.

Spengler has also gained experience in endurance racing, both with GT models and prototypes, in prestigious series such as the FIA WEC, the American IMSA series, and recently also in the Italian GT Championship. In parallel, Bruno has participated in numerous virtual races, showing a passion for all-round racing.

“Having Bruno, one of the most successful drivers in the DTM, joining our team testifies two things: the potential of our Giulia ETCR is recognized and, at the same time, a championship for fully electric touring cars arouses great attraction also among established names, now even more thanks to the FIA label. We are proud to have accepted this challenge from the beginning and to now welcome Bruno in our team,” said Romeo Ferraris Team Principal, Michela Cerruti.

“Putting together our mutual experiences can play a leading role right from the first round in the calendar.”

The fourth and final Romeo Ferraris driver for the 2022 FIA ETCR season will be announced shortly.