Blomqvist and Venturini on top for FAST Zolder Quarter Finals 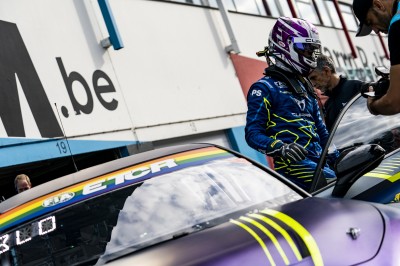 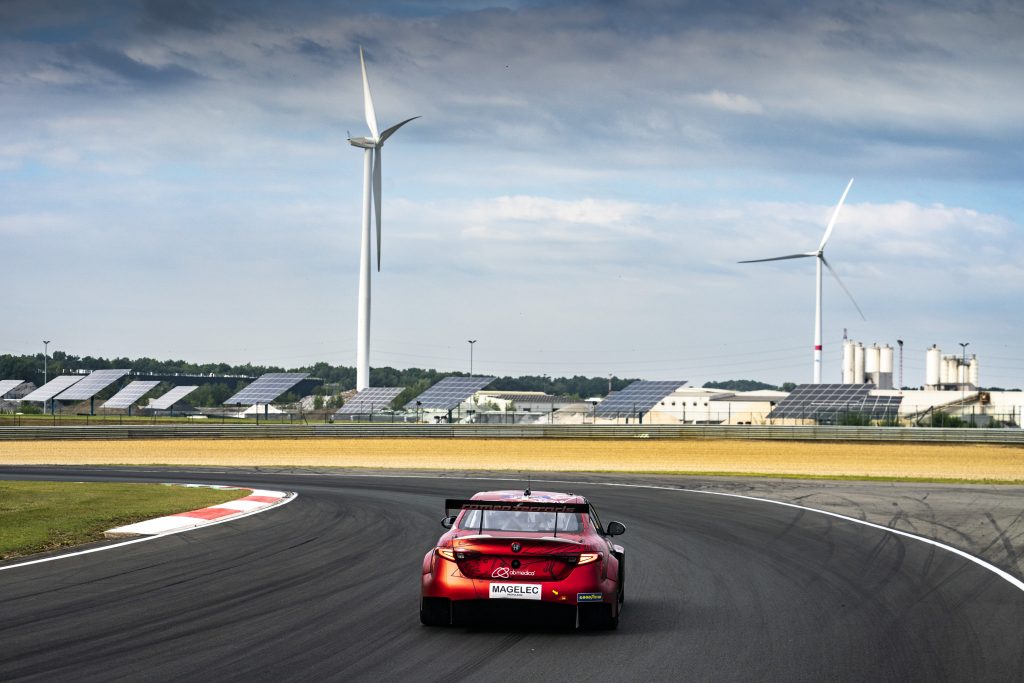 Pool FAST Quarter Final 2 followed soon after, packed with closely-fought battles between Venturini, team-mate Bruno Spengler and Hyundai Motorsport N driver Norbert Michelisz. While Michelisz enjoyed a slightly better start, it was Venturini who took the lead and defended successfully until the chequered flag. Enjoying plenty of contact, Michelisz spend most of the race in P2 though it was Spengler who had more Power Up left on the last lap, which he used effectively for a Romeo Ferraris 1-2 finish. 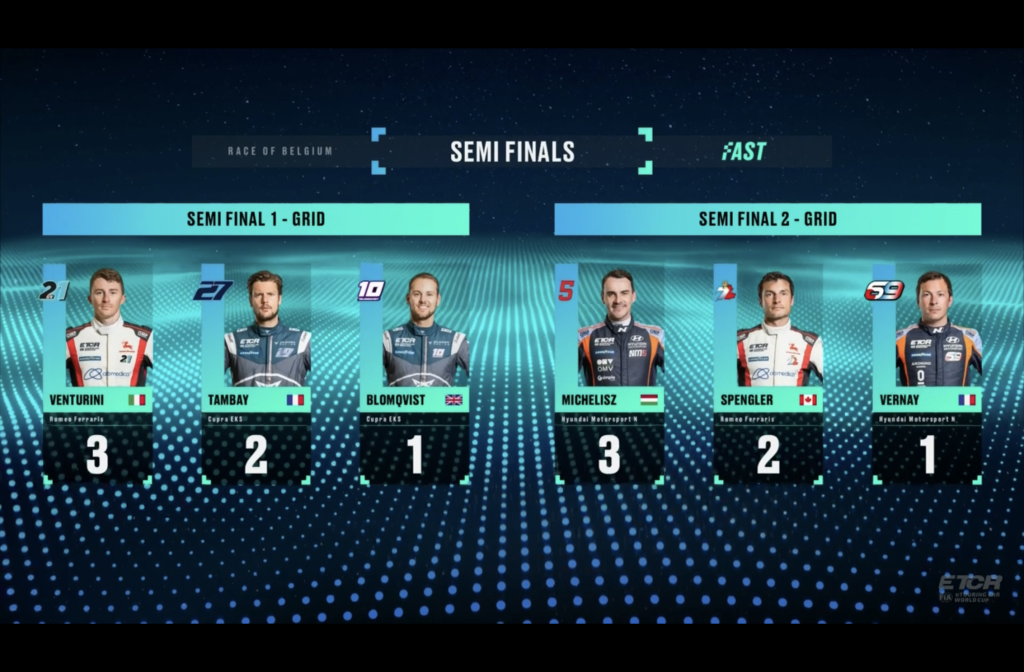 Tom Blomqvist, CUPRA EKS
It was a fun race! A lot of battles, position swaps, between all cars. I got to the lead at the start and used a lot of power up on the first lap to defend from Jean-Karl. Then I made a mistake on the second lap into T1 which put me back in second place, and then I let Adrien by to attack Jean-Karl. They used a lot of power up and I got past Jean-Karl on the second to last straight and then Adrien had none left as well so I was able to pass him on the run to the finish line. Exciting race!

Adrien Tambay, CUPRA EKS
Very good Quarter Final. Very good pace compared to the Hyundai Motorsport N; we found some pace now that we are on 300kw. I managed to pass both cars then unfortunately I didn’t expect the attack on the last finish-line from Tom and at the end of the day, what’s important is that we are P1 and P2 so still good points and we will attack in tomorrow’s Semi and Super Finals.

Jean Karl Vernay, Hyundai Motorsport N
My start was, my reaction was really good but the start was poor and then I was fighting against the two CUPRA EKS, but when you are by yourself against two great guys and they are slowing you down in some parts as the other guy is coming back, and you’re burning a bit your power up so it was difficult. But I’m quite happy about the performance of the car, it’s just better when you have your team-mate with you, working with you. Let’s keep focus on tomorrow and try to get all the points we can get.

Giovanni Venturini, Romeo Ferraris
Finally we had a good race. Winning Quarter Final 2 showed our potential as a team after some issues this weekend, and I’m confident for tomorrow’s races.

Bruno Spengler, Romeo Ferraris
I’m disappointed to finish P2, but it was a good battle with Michelisz; I managed to secure P2 but it’s a bit bad because I think I could have been faster than the opponents. Good points for the team, and we’ll try to have a good day tomorrow.

Norbert Michelisz, Hyundai Motorsport N
It was a good battle – a bit of bodywork flying around but that’s touring cars. I had a good start, probably the best of the three but Bruno was a bit wide on the inside so I lost momentum and fell back to third. Then I decided to go for it because I realised they had good pace so I had to do the move and use some Power Up but this was missing right at the end. It was a fun race, I think we were unlucky getting run off the circuit on the exit and losing lap time. If you are on the back foot you lose 2-3 seconds, you need to recover with the Power Up and as you could see, you miss it at the end. It was a close battle and I really enjoyed it but still I was hoping for a bit more.